Up close and personal: interview with hitmaker David Baron 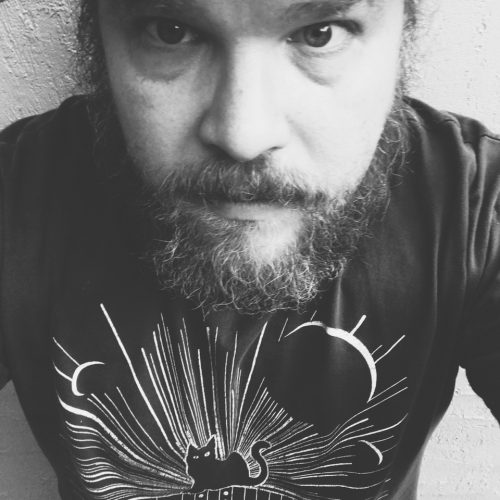 Platinum award-winning Welsh songstress Donna Lewis has teamed up with producer David Baron again to create their own cover of Kate Bush’s ‘Running Up That Hill (A Deal With God)’. They previously collaborated on ‘Bad Bad Love’, which was a heartbreaking expose on the separation of mother and child. You can read our previous piece on it here. ‘Running Up That Hill (A Deal With God)’ focusses on the simply interactions between people that can result in misunderstandings, pushing the subject of the song to request the aforementioned deal with God to trade places

Standing alone as a well-established producer, arranger, mixer and engineer David Baron has worked alongside several other big names including Lumineers, Lenny Kravitz, Meghan Trainor and even the late Michael Jackson. The result is someone who has advanced both technically and socially within the industry, leaving behind a trail of hits in his wake.

My father was a pioneer of remote recording and had a truck with recording equipment on it. He took me to concerts and showed me how to record. I wanted a studio when I was three. I wished for it every night.

Combination of classical, electronic, emotional, and vintage recording. With splotches of red for drama and blue for modal coolness. A jester standing in Antarctica playing a modular synthesizer.

I write at the piano. I have three pianos – all of them with very different characters. One is a Steinway from 1890 and a ghost lives in it. I write haunted pieces on it. My Yamaha is from the 90s and it leads to optimism – the economy is good and 9/11 has had yet to happen. I have a Steinway grand and that leads to feeling important! Everything sounds epic. It’s so fun to write on that it probably should be illegal.

My area is filled with inspiring musicians. My local bakery, Bread Alone, is always full of them. You can go and talk to a famous composer about contemporary music – or a bass maker about the important of low end. You feel part of a community that values and sparks creativity. My town is called Olive but it’s right outside of Woodstock. Also, the majesty and starkness of nature. Love it.

Attending Oberlin Conservatory.  Writing my first well-known themes for networks. Playing synthesizers and piano for Lenny Kravitz. All About that Bass being a massive hit – with my great friend Kevin Kadish.  Deciding to make my own records. Working with the Lumineers.

It would be really nice if recordings paid money that you could live on. The internet has really changed the economic ecosystem for musicians. That being said: I love streaming. I am addicted to listening to new music all the time. Love it!

I hardly ever play concerts. I’ve done some television and radio with Jade Bird. That was super fun because we made the records together. And she’s just awesome as a human and performer. So fun!

People paying money for my music! Also, getting threatened by someone in a bar because they hated an Old Navy Jingle I wrote (a friend drunkenly told the whole bar I wrote it). I hope to make people feel love and beauty with my music.  I’d love to make someone’s life a bit better through the music.