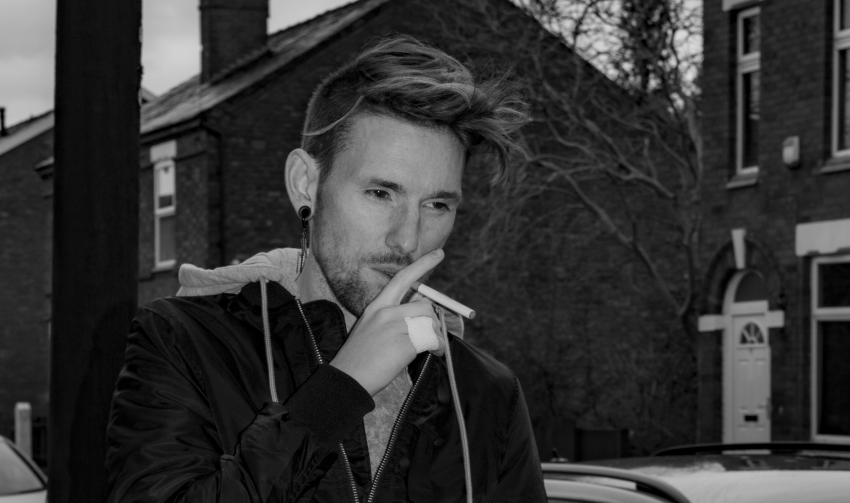 Machester-based music producer DEADLIFE has officially released his latest album, City of Eternal Rain via NRW Records. He has been supported by influential wave Youtube channel called NewRetroWave in recent months, which led to his stream count rising to over 3.2 million plays on major streaming platforms. His debut album Bionic Chrysalis was voted as  Best Synthwave Album 2017 by publication MetalSucks, and also received commercial success on US Billboards’ Electronic Album sales top 20 chart, along with his 2019 album Singularity.

Growing up in the shabby Crewe area in the UK, DEADLIFE would spend a lot of time indoors playing video games. The music producer was a drummer in a band before pursuing his solo career in electronic music production. After several tours, he realized that he felt held back creatively.  DEADLIFE always had a vivid imagination and a more sensitive demeanor. He would use these qualities to produce music of his own liking. The music producer is inspired by the emotional qualities of video game soundtracks with his music. He has also cited influences from artists like Disasterpeace, Justice, deadmau5, Sigur Ros, Refused and Deftones.

Speaking of his album DEADLIFE adds, “City of Eternal Rain is a concept album that is inspired by the direct contrast between dark and light. That no matter how bad things get, there is always hope. The record is, like many of them, created to feel like you’ve heard it before, but you don’t remember it, to instill nostalgia in your mind and remind you of a time your memory grasps at but can’t quite recall. I’ve realised in life it takes more bravery and courage to be who you are and bare all, rather than to hide it away, which we often do, which I did in my younger years. It’s time to be honest, to directly reflect that which I feel within what I write.”

One-man show Color Theory has just released his synthwave B-side song titled ‘Juggernaut’, soon after the release of A-side ‘This Whole Nothing’. Lately, Color Theory has been supported by successful Youtube channels like  NewRetroWave, The ’80s Guy, LuigiDonatello, and SoulSearchAndDestroy. His music stream count is fast approaching 3 million plays in total. He is a winner of the John Lennon Songwriting Contest, which resulted in his music being featured in popular games like Just Dance and Rock Band. His music would also be featured on MTV’s The Real World television series.

Brian Hazard(Color Theory) upbringing happened in California. He would begin music performance at a young age and form part of his highschool’s jazz band as a pianist.  He would enjoy playing the instrument so much, that he would qualify with a Bachelor of Music Degree in Piano Performance. Brian’s song ‘Ponytail Girl’ fueled a Depeche Mode fan craze. The song was relabeled as Depeche Mode B-side on Napster. The musician was humored by the accident, as he is a huge Depeche Mode Fan.

Colour Theory calls his sound “melancholic synthwave”, and is inspired by bands like Depeche Mode, The Cure, and Baths for their morbid and menacing soundscapes. However, he replicates the tone in murmurs.