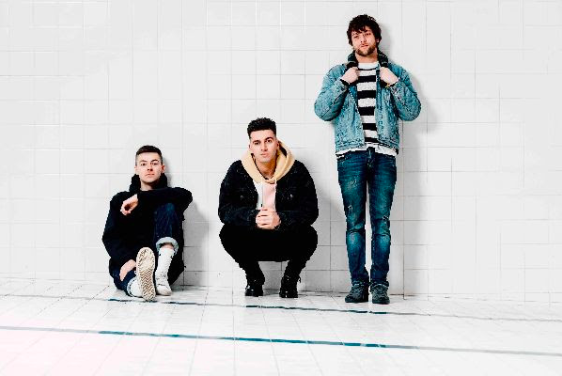 Fresh from supporting Mike Shinoda at The Roundhouse, The LaFontaines have announced the release of their new album, ‘Junior’, which will be out on June 14th via So Recordings. The band have also released the brand new single ‘All In’, accompanied by a new video, which is the first taste of what’s to come.

“’All In’ goes directly at the eternal conflict of the unsettled mind. Everything’s a contradiction. ‘Either coming up or going under/ I’ve wasted days wishing I was younger’,” frontman Kerr Okan says.

“All In’ is brooding, a darker tone reflects the contemporary anxieties of connecting in an age of digital facades and false truths. The sound is a progression of the band’s voice that is a sign of things to come on their upcoming record.”

As well as opening for the aforementioned Mike Shinoda, The LaFontaines will this week be heading out on a full UK tour supporting Deaf Havana. The band then have a UK headline tour in June to support the release of the new album. Tickets for the headline tour will go on sale this Friday 15th at 10am and will be available via the LaFontaine’s website – thelafontaines.co.uk

Proving themselves one of the most exciting bands to emerge from Scotland in recent years, The LaFontaines deliver a unique sound that fuses the guitar swagger of Kasabian, the edgy hip-hop delivery of The Streets and the electronic-pop undertones of Twenty One Pilots to create a style that pushes the boundaries of rock.

Junior is the band’s third album and follows 2017’s Common Problem and their 2015 debut Class, which saw them hit #1 in the Indie Breakers Chart and make the Top 10 in the Scottish chart.

Renowned for their electrifying live shows, the band have previously been on tour with Anderson Paak, Twin Atlantic and All Time Low and last year were main support to Don Broco across the UK and Europe.

Also with a number of major festivals under their belt including Reading & Leeds, Download, The Great Escape, 2000 Trees, T in the Park, Belladrum, NH7, Secret Garden Party, TRNSMT & Reeperbahn, 2019 is set to be another great year for the band with more exciting announcements to come.