Faroese folk electronica artist Eivør releases a music video and new live version of ‘Gulspunnin’, lifted from her latest album ‘Segl’, out now. Produced by Lana Del Rey collaborator Dan Heath, ‘Gulspunnin’ is Copenhagen-based Eivør’s love letter to her childhood home on the remote Faroe Islands. ‘Segl’ – featuring appearances from Ásgeir and Einar Selvik of Wardruna – is the follow-up to Eivør’s widely-praised 2017 UK commercial debut, ‘Slør’, which triggered her debut on Later….With Jools Holland. Eivør soundtracked the latest series of Netflix/BBC flagship The Last Kingdom, and her music has previously been synched on Homeland & Game Of Thrones. The new video for ‘Gulspunnin’ is now streaming from here, with a new live version of the track also included on DSPs here.

With a title that translates from Faroese as ‘cocooned in gold’, the lyrics for ‘Gulspunnin’ were created as a poem written by Faroese poet Marjun Syderbø Kjelnæs. Speaking about the track – which arrived alongside a music video directed by Icelandic visual artist Anna Maggy – Eivør says; The main inspiration behind ‘Gullspunnin’ came from a certain feeling I often get when I am back at home on the Faroe Islands. There is something intriguing about the light and foggy landscapes that creates some sort of nostalgic in between state of happiness and sadness –  a longing for something intangible. I wanted to reflect this feeling and a certain timeless state of mind in this song. The poem written by Marjun tells a story about the soul, forever travelling alone but cocooned in shimmering gold. I have been fascinated by Anna Maggy for quite some time. In her work I could sense this same mood that I was in when I created the song. For me she really gave ‘Gullspunnin’ a visual home. It was a very deep and empowering experience to create this piece alongside these amazingly talented women.

Eivør is an artist perfectly attuned to the savage vicissitudes of nature. Born & raised in Syðrugøta, a tiny community of just over 400 people on one of the northerly Faroe Islands, Eivør grew up surrounded by the windswept landscape of the North Atlantic, a backdrop that has deeply influenced the elemental electronica she creates. ‘Segl’ – Eivør’s ninth album, since releasing her debut at just 17 – builds on these motifs, exploring the journeys we undertake, both metaphorically and physically. The title – meaning ‘sail’ in Faroese – alludes to our desire for growth and direction, and the role of fate.

Eivør immersed herself in music from 13, fronting a trip-hop band after discovering albums by Massive Attack and Portishead. Gigs soon followed, held afloat in rowing boats, in a huge cave on the island of Hestur. At 16 Eivør quit school, moving alone to Reykjavik to release her debut album and pursue classical singing training. She has since won the Icelandic Music Prize, twice – the first non-Icelandic artist to do so. Such itinerant tendencies have bled into her music, ‘Segl’ no exception. “My creative process can be very chaotic and abstract, so I need to find the space to dive deeper into it and sculpt it,” she says. “After sitting on songs for a year or more, I’d go in and edit the melody or the lyrics. Sometimes the production too. The whole album is very much about change, so it’s quite apt.” Working closely again with composer/producer Tróndur Bogason (also her husband), the extra space allowed Eivør to explore programming and production more thoroughly than ever before, focussed on a free flow of ideas, and enriching collaborations.

Following on from the “Asleep Awake” single, Joel Wells is releasing the second in his series of multidisciplinary releases/works with interconnected artwork, typography, video and riso art prints. The new track is called “Gaslight” and is out.

“‘Gaslight’ is broadly about the idea of collective grief, shame, guilt, responsibility and forgiveness” says Wells. “It reflects on how we move forward in solidarity, in the wake of an atrocity that is particularly divisive.The song addresses ‘gaslighting’ and the danger of being consciously or unconsciously complicit in undermining the validity of someone else’s experience . “Gaslight” is not about one specific incident but Wells explains that “the song was written around the time of George Floyd‘s murder, and the cultural movement that followed was a catalyst for some of its themes.”

A musician equally inspired by techno, house and alt-disco as he is by alternative pop, Joel Wells’ music has previously been compared to Thom Yorke, John Martyn, LCD Soundsystem and Arthur Russell. “Gaslight” is inspired musically by one of Wells‘ favourite pieces of music, Ecophony Rinne by the Japanese collective Geinoh Yamashirogumi – which was also the inspiration behind the soundtrack for Katsuhiro Otomo’s film version of Akira.

Influenced by the vocal harmonies and low frequency hums from that piece, Wells says he “created drones, layering vocals and sub-frequencies to underpin the track with an ominous choral melancholy.” By then pitch-shifting these at unusual intervals, Wells brings an otherworldliness to “Gaslight” something he says “felt right to accentuate the feeling of warped unease….the shock of witnessing a man’s murder online and the distressing strangeness of seeing it shared repeatedly on social media.”

As with previous single “Asleep Awake”, the artwork created by Joel Wells was designed to mirror a relationship between form/structure and abstracted amorphousness. “Sculpting letter forms from their inherent basic shapes and fundamental geometry,” explains the artist, “in an effort to create compositions that retain a simplicity and minimalism that blurs the line between text, abstract pattern and image.”

Of the accompanying video, Wells states:

“It was filmed predominantly on my phone at the British Museum. I distorted footage of Empirical statues and iconography in combination with blocky graphic shapes from my Critter & Guitari video synth to illustrate the censoring and editing of historical narratives.“ 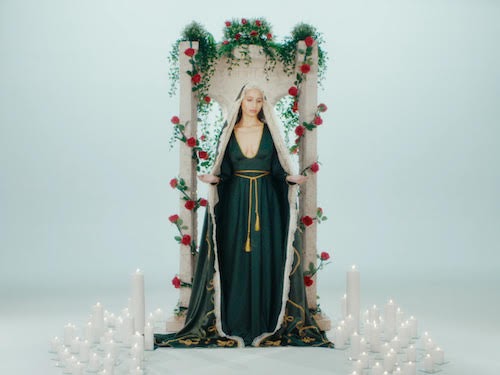 Using her signature melancholic sounds and lyrics, Glass Box uncovers the hidden symbolism behind the toxic ideal of love. This electropop track confronts you with the violence and the dynamics of a suffocating relationship, characterised by layered and lush instrumentation, elegant moments and engaging percussion, setting the tone for her debut EP Wounds, which will be released on February 19th 2021.

True to her cinematic style and passion of storytelling, IMAINA reveals a thrilling music video that tackles the ‘Madonna-Whore Complex’ and explores the idea that women are expected to be many things. Inspired by the intimate confidences of a close friend, IMAINA has transformed herself into a vessel to translate experiences into a strong haunting song and video.

“I feel like we all have a tendency to worship an unrealistic idea of love. We search for love and have high expectations but we dont always accept, and really want to know the person in front of us. We end up projecting our desires, wants and wishes onto the person, locking them up in this glass box where they can be admired but never truly loved or known“,she says.

As an independent artist, and her own artistic director, she imagined the concept of the visuals as she wrote and composed the song. To realize her vision, she teamed up with director and founder of APolaroidStory OUNI and cinematographer PJ Claessens. 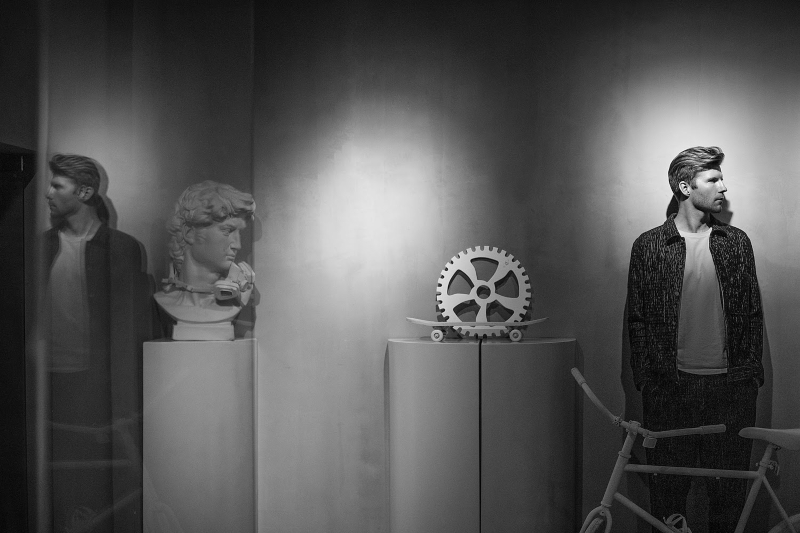 Song ‘Drift Around’ filled our hearts with joy and divine comfort, wise man & folk singer Sean Healy writes lyrics with care and detail, speaking about rising from adversity in times of great distress. This release is a gentle reminder to be kind to ourselves as we are always learning, and finding new ways to adapt throughout our lifetime. The musician has now shared an animated video for the single .

Released via Chestnut Records last month, Sean Healy talked about ‘Drift Around’ & life as a musician with The Playground (read the interview) : “Writing songs has been something that I’ve gravitated towards since I started playing the guitar as a kid. Since then I’ve just felt like doing it, I guess it has been something that I’ve used to figure things out and deal with things, that’s the starting point. After that, I enjoy playing those songs live and sharing them. I think the arts, no matter which medium, are one of the most important things to open up people’s outlook and thoughts, at least they have been for me. If I could help with that in some way I’d be very happy. For me, the arts can sometimes give a glimpse into something I can’t describe and that keeps me coming back.”

The animated video produced by Chris Yamao, follows the storyline of a Panda god that takes a much-needed retreat and gains new wisdom from their travels through. The video taps into the allegory of finding other ways of interpreting life’s many challenges and adopting a new way of being that are in line with your wellbeing – divine wisdom.