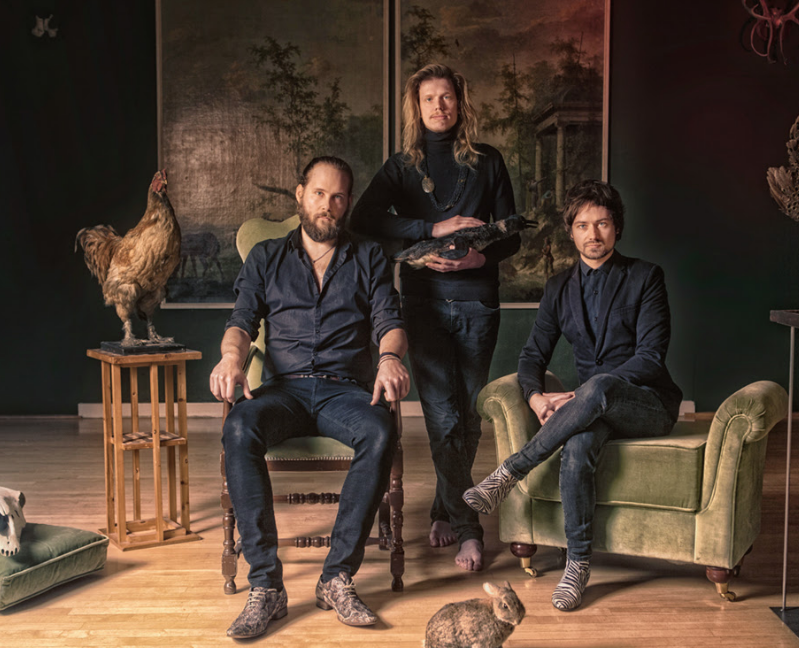 Songs To Make You Move is the debut album of Rotterdam rock trio Certain Animals: melodic rock filled with vocal harmonies.The album was recorded in their self-built Deer Sound Studio in the port of Rotterdam. On their first long play record, the band does not hesitate to pay homage to their musical heroes, whose vinyl records are on the boys’ turntable every day. The Beatles, Beach Boys, Neil Young, Crosby, Stills & Nash and Electric Light Orchestra are regularly pulled off the shelf, but the fuzzy and phasey work of contemporary bands like Tame Impala is also unmistakably heard on Songs To Make You Move. Certain Animals have matured, and you can hear that on their debut album. The band does not pretend to be rougher than it is and is not louder than what the song calls for. Besides their bulging LP collections, the love for music is reflected in twelve dazzling tracks. Certain Animals honestly show what they love. From ‘Automaton’ to ‘Zenithis’, Songs To Make You Move, a record for music lovers, by music lovers.

In less then three years, the band managed to build a strong live reputation by playing shows on major Dutch festivals in famous venues all over the country, and they also performed across the border in Belgium and Germany. Their intriguing sound makes for energetic live shows filled with intimate moments and explosive bursts of energy.

Since October last year they have been releasing a steady stream of eight singles. This to the delight of an ever growing number of (inter)national fans, radiostations and blogs. The singles were featured in Spotify New Music Friday and New Alternative playlists a.o., Apple Music New Music Daily and Best Of The Week, and iTunes Alternative & All Genres charts in Netherlands, Belgium, Germany and Sweden. They got airplay in The Netherlands, Belgium, Germany, France, Poland, Austria, Croatia, UK, Jamaica, Australia, Canada and US.

And what about the incredible album artwork? A nice detail is the Rotterdam skyline in the background!

The album release concert is 25 September in prestigious De Doelen, Rotterdam in The Netherlands