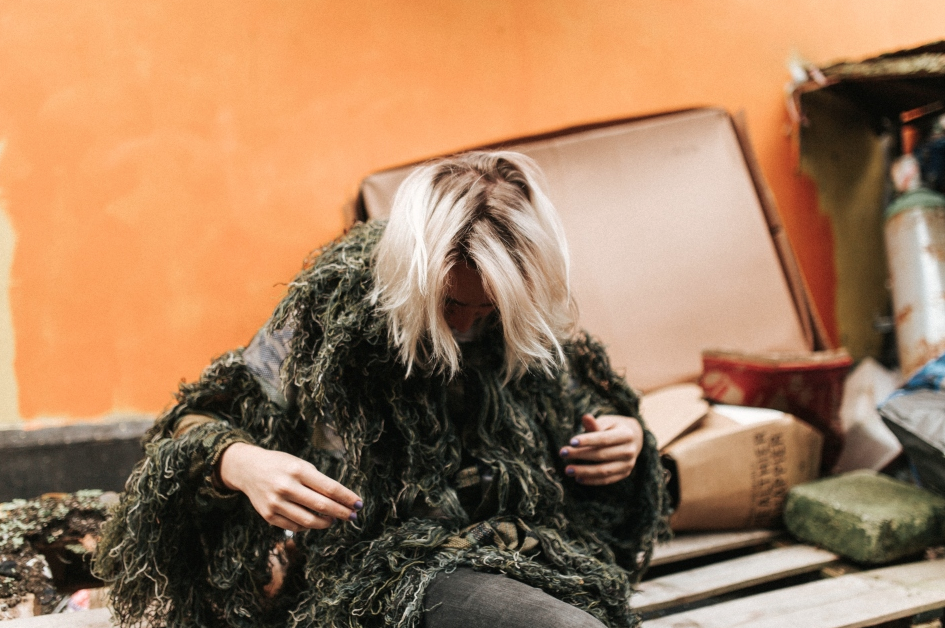 Cardiff musician MOGAN has shared their video for their second single ‘Hireth’, the single features on their EP Gutter, which released on the 24th of April 2020. The mix and mastering of ‘Hireth’ were done by Cardiff conductor Minas (Hana2k, Luke RV and Dead Method). So far, MOGAN has recieved support from Music Week and God Is In The TV Zine, and broadcasted on  Walya’s Act Normal show for Noods Radio and Razorblade the Tape.

MOGAN has a love for exploring the underground music scene and supporting other artists linked to their sound. They have cited avant-garde acts like Bjork, Liars, Peaches, Dirty Beaches and  Broadcast as highly influential to their artistry. The ‘Hireth’ video was filmed by Patrick Bethell, who assisted MOGAN in capturing the character’s internal struggle and mental state, and the implications of your internal battle clashing with what the external world expects from you.

MOGAN adds their thoughts“The video for Hireth explores the parallels between passion and aggression of the male form. I’d initially wanted to remain off-screen for the video, but Jesus had other ideas and sent floods to Wales meaning our actors couldn’t make it. Luckily Patrick Bethell is a good friend of mine so didn’t mind getting close and personal! Some might say it was my plan all along…”

We have big soppy hearts that love the idea of a secret Christmas wedding. TGC with their newly released ‘Secret Wedding’ via Illuminated City fit the bill with Mila’s soaring vocals. The track was released today and we were simply too excited to wait to share it.

TGC have been picked up by several noteworthy publications including Wonderland Magazine, Rolling Stone Magazine, Huffington Post, Clash Magazine and the list goes on. Within Reverbs we discovered their origins; “Marlow Bevan and Milla Sunde are the duo behind the music and formed TGC after meeting Sir Paul McCartney’s Liverpool Institute for Performing Arts”. You can read the full feature here.

“Call me a fool, but I’m hopelessly in love with being in love. I will always be a Juliet.” Milla Sunde comments on her own emotional connection to the track. Being the nosey bloggers we are, we were immediately curious whether there was more to the song than a romantic title. However, dig as we could, there was no more mention of a secret wedding that we could find.

Either way, the power ballad is sure to be a hit, carrying all romantics into the festive season.