New Mexico-born songstress Jessica Victoria defies convention at every stage, exploiting both her classical training and singer-songwriter credentials and finding lyrical and thematic influence from Arthurian mythic history! Jessica Victoria’s album “Songs of The Summer Realm” has a little something for everyone, transporting the listener to a different time and place while instilling ideas and ideals which remain incredibly relevant.

Preceded by three exclusive tracks, ‘Wayfaring Stranger’; ‘Love Charm’ and ‘Some Songs are for Crying’, from classical to opera to Celtic folk to rock and pop, the musical journeys Jessica will take you on are as inspiring as they are magical.

See our interview with her below

Some of my earliest musical memories include listening to Beethoven symphonies with my uncle. He would give my brother and me a movement at a time to discover and enjoy, usually after taking us for a yummy lunch of Greek, Indian, or some other intriguing cuisine that we hadn’t experienced before. Another memory is of my brother and I performing shows for our grandparents from the lowered tail-gate of my grandpa’s truck. I remember afternoons when my dad and I would drive down the windswept New Mexico desert highway, listening to Vivaldi’s Four Seasons and Iron Maiden’s “Rime of the Ancient Mariner.” At one point, my brother and sister and I had Les Miserables practically memorized. We’d each take on a few of the roles and go for it with the recording as a backing track.

Sometimes, a song begins with a fragment of melody, sometimes with a lyric. I collect these ideas or, as songwriter Mark Simos calls them, “songseeds.” When the time is right, I plant one of these in my mind and let it begin to grow. In its first stages of development, I usually find inspiration at my harp, Merlin. Once the song has a little more shape, I take it to Logic, where I experiment with sounds and rhythmic patterns. Then, I lay down a scratch vocal track against this instrumental outline. Little by little, or sometimes quicker than I imagined, the song begins to take on its own reality, its own life. It lets me know what it needs. In some ways, my process reminds me of what J.R.R. Tolkien said when someone asked him about how he came up with Middle Earth and all of its people. He said something like, “I just discovered what was already there and wrote about it.”

After the song has grown enough, I play it for people, so that I can get ideas and suggestions. As I tend to forget sometimes, I am not my audience. It’s important to step back and let the baby song try its independence. Then, I can help it change and grow so that it can finally be on its own in the world.

I love and thrive on both of these. The creative synergy of sharing music with an audience feeds my creativity and inspiration in the studio. The process of songwriting and collaboration inspires me to share the fruits of this work with a live audience. I have been called a firebrand on stage, but, in everyday life, I am a touch introverted, so it’s good to have both the inward and outward faces of my career.

One time, I was singing and playing my harp in Central Park, and a little girl came by with her parents. I heard her ask “Is she a fairy? Is that a real harp?” It made my day!

If I put together a radio show, I would follow the model of Fiona Ritchie and her Thistle and Shamrock, one of my favourite shows of all time. I would choose a theme for the day and play music of different bands and musicians that responded to it from different angles.

Five artists and their music that I would love to have on my show would be: Sir Simon Rattle conducting Beethoven’s Piano Concerto No. 3, Rhiannon Giddens singing ‘Leaving Eden’ and music from her 2019 album “There is No Other”, the High Kings with music from their album “The High Kings” and from their 2020 tour, Carlos Nunez Nunoz jamming on the Gaeta and his other instruments, and Vicente Fernandez sharing his storytelling magic through whichever songs he would choose to sing.

For me, success means making a living by performing, touring, writing songs, recording, and collaborating with other musicians. It means serving others by doing what I love.

2020 will be an exciting year of beginnings — new singles and a full-length album. Please check out my website, JessicaVictoria.com, where you can sign up for updates on upcoming releases and other news. 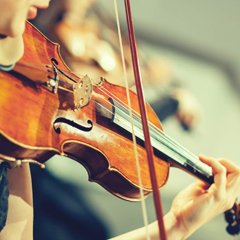 Producer Tom Ashbrook has shared the title track for his upcoming album, ‘Sines’ via The Other Songs. The track was premiered via Clash Magazine who called it, “Atmospheric, haunting harmonies layer up to open the track, vocal loops building to meet delicate, lilting keys”. The first track of the upcoming album, ‘Toon Soon’ recently premiered on Vents Magazine.

Receiving support from Son of Marketing, Mr Foxx Frequency and Music Week will put Tom Ashbrook’s music at the ears of thousands. However, it’s some of the smaller publications who have gotten to know the producer better. “Ashbrook has a clear gift for luring out emotions and invoking feelings of all things beautiful, through his music”. You can read Echo Room’s full feature below.

Sines EP will be released on 22 November creating a perfect mark towards the end of the year.