Singer Maddox Jones is nostalgic in ‘My House’ music video 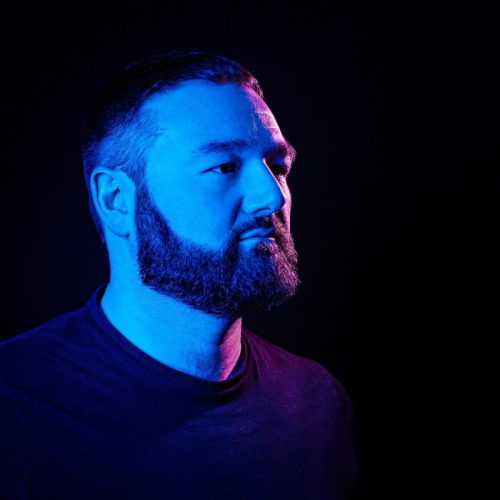 The 5-track EP follow up on a string of singles, the recently released after party anthem My House and the kaleidoscopic Headspace– the EP’s title track and Maddox Jones’ first release as a solo artist which received praise from likes of American Songwriter, SPIN, Complete Music Update and Its All Indie, among others.

While fronting a band is never an easy task – and Jones had his fair share of experience playing and collaborating with other artists – standing alone and allowing his deepest emotions to flow through some of the most personal songs he has ever written allowed him to explore a variety of sounds and emotions. Free from any restrictions, this new creative process allowed the talented artist to develop a vulnerable body of work while exploring a more diverse sound palette. The result is a personal journey through hedonism, love, loss and the pain of growing up, all echoed by Maddox’s honest vocals.

With each self-penned song on Headspace Jones vocals, explore a full range of emotions; from the soft crooners opening to the addictive anthemic refrain of My House, via the funky-influences of Dancing Feels Good, to the powerfully haunting chorus of No More Ghosts, the talented songwriter takes the listener into his personal journey. It’s the story of a search for deep connection. Connection to others, to yourself and to a deeper meaning in life, explains Jones. It’s about authenticity and vulnerability, going after the things we truly want. Going all-in with everything to lose, saying goodbye to old habits and outdated versions of yourself along the way, but with faith and belief in everything there is to gain, he enthuses.

Written by Maddox Jones, recorded and produced in a single day with close friend and producer Dave Crawford, opener Headspace moves through an initial sparse production to a complex synth-washed pop number, before turning into a hands-in-the-air, eyes-closed soundscape, while Maddox builds his warm tenor to a propulsive chorus. The song says Jones is about meaningful connection and the deep, true, unconditional love we are all yearning for. Second track, My House – co-written with Dave Crawford and produced by former Daytona Lights Louis Souyave – is a complex anthemic-pop number, one that explores Jones personal journey through adulthood, encompassing different genres and styles and effectively representing the multifaceted sound of the upcoming EP.

Halfway through the EP, the Stranger Things inspired nostalgic synth-pop anthem More Than This, a track Maddox Jones wrote with longtime friend and future pop artist Adal, searches for reconnection with the forgotten dreams and endless possibilities of youth, explains Jones. Their first collaborative tracks Youth received Notion magazine seal of approval, while this latest effort wouldn’t sound out of place on the soundtrack of a Netflix teen rom-com.

Following track Dancing Feels Good, co-written and produced with Harry Tarlton who has also worked with artists including Tom Misch and Lianne La Havas explores an inner battle over that someone or something that you know is bad for you, but sometimes feels too good to resist, says Jones. Built around Tarlton’s infectious Nile Rodgers influenced funky guitars and bassline, it reveals Jones ability to encompass different genres and vocal styles.

Closing the EP, No More Ghosts is an ambitious ballad and in Jones own words, it’s a heartfelt and haunting goodbye, finally making peace and letting go of something or someone that has been a major part of your life. It was inspired by a scene in the Netflix series You where Joe Goldberg says, There are no more ghosts in this bed. It’s a good contender for one of the best breakup songs of the year and the perfect song to close the EP.

With Headspace Maddox Jones shows he is a bold artist, armed with vulnerable poeticism and equipped with a naturally impressive voiceprint.