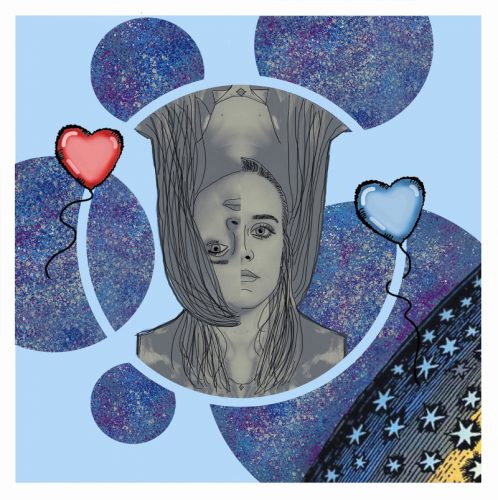 Originally the face of BBC Pitch Battle in 2017, songstress Becky Bowe has officially released her new EP Cosmic Heart via Two Bridge Recording. The EP was produced by the impressive Aidan Thompson who forms part of Max Restaino’s, and has played as support for world-renowned musicians Rebecca Ferguson, UB40 and Tears for Fears.

Previously featured in an interview on RCRD LBL, Bowe mentioned this about her music, “ I would love my music to just be enjoyed and loved as much as possible. Success to me is people listening to my music to escape or feel better…just to be able for them to feel any sort of emotion. Music is a gift and to be able to write and sing my own music, and put it out in the world is leaps and bounds better than I ever thought I would have been able to do. Either way, I feel I’ve achieved what I want in my music, I just hope people listen to it and love it! Read the full interview here.

Bowe comments on the EP: ‘This EP is all about growth. Each song helps show the journey I’ve made as an artist and as a woman. Some songs were written a few years back but just didn’t have the sound I wanted until I revisited them again. These songs represent so much of my music taste, style and my personal life. It’s so nice to hear back to certain points in my life I’ve written about and I hope it relates to each listener.’

Featuring graceful soundscapes that flow with Bowe’s tender and sincere tone as she sings, the Cosmic Heart EP is truly filled with a lot of heart and passion, as the songstress reflects on her life-changing moments.