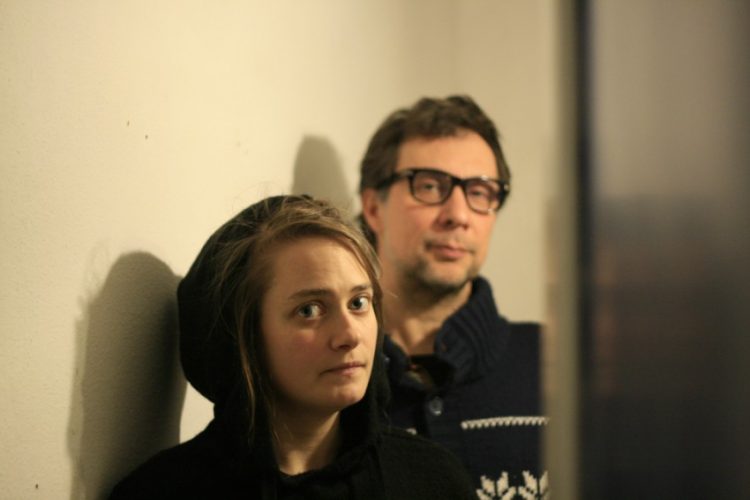 Musician and composer Christian Garcia-Gaucher has a music teaching degree and wrote a thesis around improvisation in the world of classical music and music education.

Christian Garcia-Gaucher also composed for various dance, theatre and performance productions by Elodie Pong and Robert Pacitti, Denis Maillefer and Fabienne Berger. He also writes music for films, in Switzerland for, among others, Jean-Stéphane Bron, as well as for Vincent Pluss, in Germany for Sonja Heiss, and in England for Andrew Kötting.

My 5 years older brother and family playing music at home.

First music, then lyrics, then I very often change the music again.

Both are part of this activity, but personally I spend more time on creation and studio.. unfortunately maybe.

A sound technician in Paris, taking off our drum set while playing the end of the concert and saying: shitty band, shitty music…

Eclectic, lo-fi, alternative, repetitive, contemporary music, for sure something free and cool … but Radio Campus in Brussels is totally great in this sense.

Just stay free and be able to continue to make research on sounds, structures, styles, etc.. If success means having the possibility to continue what’s described higher, that’s ok. If it means to start to be locked up by a system, that sucks.

From Heidegger: To the extent that each thing has its place, its moment and its duration, there are never two similar things.