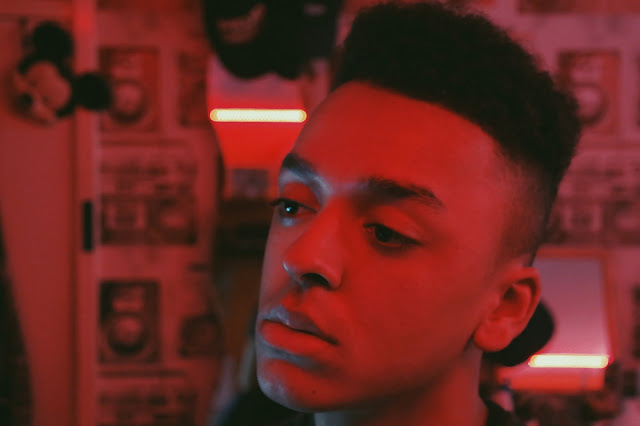 London born and raised electronic artist, Ellzo, has released his debut EP, Time Travel  via the massively influential Majestic Causal Records. Ellzo has been making waves on publications all over the internet like COMPLEX, Highsnobiety and Nest HQ just to name a few, which is evident if you look at some of his biggest inspirations: Flume, Mura Masa, and Sampha. Ellzo’s sound perfectly captures what makes these artists so great, without stepping on any toes as he still has his own sweet sound.

Music has been a key part in Ellzo’s everyday life ever since he got his hands on Garageband in 2009. Before that, Ellzo would go experiment on his dad’s DJ equipment on weekends, but he soon outgrew the simple mixing that his dad demonstrated and yearned to make whole productions, like the songs he’d heard on the radio. A true Londoner, Ellzo has been living in the same spot for over two decades but will always journey out of his neighbourhood to perform live shows and go where his music takes him.

A mixture of luxuriously smooth electronic production and soulful R&B and some pop elements, Ellzo’s latest EP is not to be missed. Each track brings forth something new making it hard to pick a standout track among the rest. Personally, we would have to go for ‘Agnostic’ and ‘Work Out’ (which also features RaneRaps and Jacklyn). Although Ellzo doesn’t really attempt to break new ground with Time Travel offering listeners with a sound that’s been trending for years already, it’s still fresh and filled with hidden gems. The EP has a certain depth to it that is hard to pinpoint and would be a fine addition to any music fan’s collection.

Ellzo’s Time Travel EP can be found on all reputable digital services. Listen to it via Spotify below:

Ellzo remarks, on his latest EP: “‘Time Travel’ really is an EP of emotions. A journey that showcases my ongoing growth and development in music,” and adds that “When I first started working on “Work Out” I was chatting to a girl I was getting very close to. I was constantly putting aside my music to be with her, which started to make me go off track musically. For the first time in my life, I had to make the daunting decision to pick between music and my love life… which ultimately left me in this position as a single lil boy.”