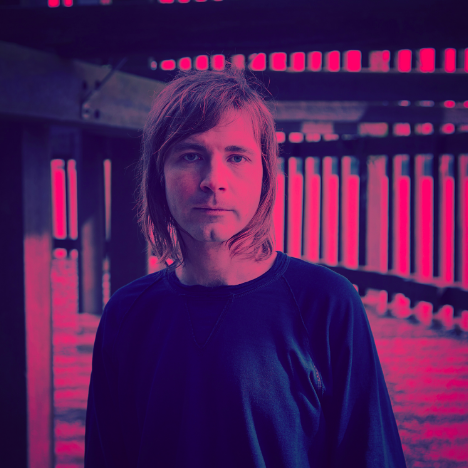 Songwriter Sands released double A-side single, ‘Tomorrow’s Gone’ / ‘Burning Man’ late last year, and rumour has it that a video is in the pipeline directed by Eddie Plex.

Andrew Sands began playing music from a young age, but maintains that it was really his discovery of records that inspired him to make music. A multi-instrumentalist, Sands is proficient with drums, guitar,  keyboard and synths. His skill in sound engineering, combined with an interest in a vast array of influences, has rendered the London-based artist a force to be reckoned with.

Sands draws inspiration from many classic songwriters, including Neil Young, The Smiths, David Bowie, Echo and the Bunnymen, Nick Cave And The Bad Seeds and Primal Scream but also takes influence from more contemporary psychedelic pop and rock acts such as Spiritualized and Queens Of The Stone Age, as well as the work of eclectic filmmaker and musician David Lynch. His own unique sound could best be compared to the modern folk-based psychedelia of Spiritualized, Arcade Fire, Animal Collective and Grizzly Bear.

On the double A-side single, Sands comments, “‘Burning Man’ is something I had for quite some time, basically I was just waiting for the right moment to put it out, and this seemed a good match,”  and goes on to explain, “’Tomorrow’s Gone’ is on my latest EP – ‘Waves Calling’ – it’s a new wave/electronic track. This version was the original demo. I went more 60’s psychedelic, and thought it was good enough to be mixed and put out just leaving it like that, quite bare and mantra-like till the end crescendo. I think here lies the soul of the song.”

With this latest offering, Sands cements his standing as a first-rate multi-instrumentalist whose off-kilter sensibility expands and challenges the very boundaries of what constitutes good songwriting.
Atmospheric, and infused with just enough psychedelica, ‘Tomorrow’s Gone’ / ‘Burning Man’ is a richly dramatic combination. There’s gold to be uncovered here.