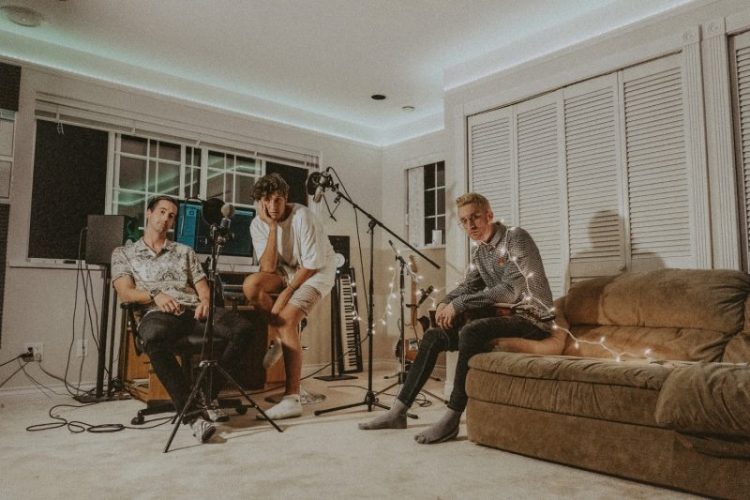 Previously featured on RCRD LBL (read feature) with song ‘Night Light’, acclaimed producer Marcus James and the reputable duo RYYZN released their  Warning Sign(Stripped) EP via Physical Presents on Friday, and we are still hooked. RYYZN are a Vancouver-based duo comprised of David York and Jessie Elias who come from Calgary and Saskatoon respectively. Born based and currently living in Vancouver, Marcus James is well known for collaborating with other local talent, and ultimately producing music that will leave you captivated from the first few seconds of listening to it.

We waited in anticipation to hear what RYYZN and Marcus James were releasing next, after watching their breathtaking acoustic take on their single ‘Night Light’ . The Warning Sign (Stripped) EP definitely lives up to the hype of its predecessor. The acoustic edition of Warning Sign features a combination of noteworthy quirks, like it’s honeyed alternative vocal range from duo RYYZN that has captured you from the beginning. Along with this, is the unforgettable instrumental compositions from Marcus James – leaves you wanting more.

Marcus James shares the importance of the new version of the EP:

This Stripped EP is our way of coming full circle for the final chapter of the Warning Sign project and releasing all four songs in the acoustic form that they were first written and recorded. It was important to us from a songwriting standpoint to make sure these songs worked “stripped-down” before we turned them into the productions released on the original EP. I guess somewhere along the line we figured if these songs work in their original form, why not let people hear them in that way?