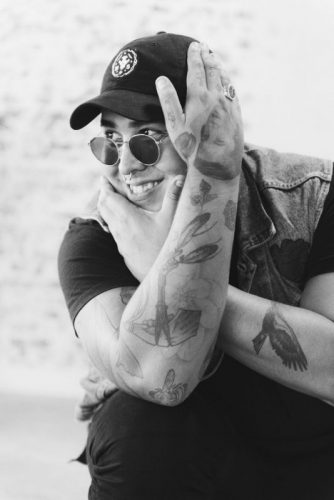 Razor-sharp lyrics, paired with dazzling indie electronics Wolf Saga’s ‘Alice In Nowhere Land’ cuts one like a freshly sharpened knife. The single features on Wolf Saga’s self-titled album – a thought-provoking indie-pop gem to those that give it a chance.

This single though quite chilling, encourages the listener to step outside & appreciate the life around them instead of making blinded comparisons. Wolf Saga commented on the importance of this single: “We see people’s “lives” curated through their social accounts, but it’s increasingly difficult to parse what’s real and what’s performed. I’m hopeful that we’re at the precipice of a shift in social media consumption, particularly as people around the world wake up, and demand authenticity in everything they engage in.”