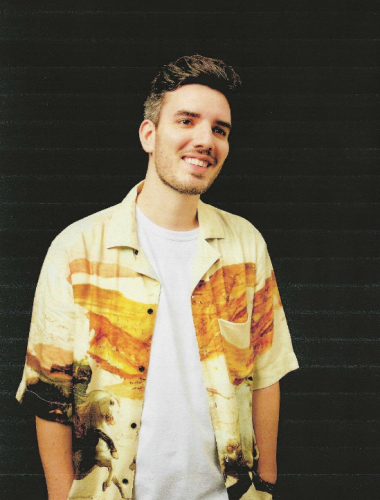 One of the biggest names in dance music, Netsky has crafted the highest calibre of electronic anthems for over a decade, spanning countless genres, countries, charts and dancefloors. Now, the Belgian prodigy who cut his teeth on Hospital Records in 2010, is returning to the genre that made him a household name with his first solo D+B record in 5 years, ‘I See The Future In Your Eyes’.

A truly iconic artist for all manner of drum & bass fanatics across the globe, the unprecedented way that Netsky’s music resonates with audiences has never been matched. Having elevated himself to legendary status through tracks such as Pirate Bay, Iron Heart, Come Alive, Rio, Puppy, I Refuse and Drawing Straws, he released 2 D+B LPs during his tenure at Hospital Records and has remixed the likes of Ed Sheeran, Rusko, Jessie J, Plan B, Dua Lipa, Swedish House Mafia and countless more.

His accolades include a BBC Radio 1 Essential Mix, which was nominated for ‘Mix Of The Year’ in 2010, a ground-breaking and impressive live show which toured globally, and a brace of Top 30 LPs in the UK, with both hitting #1 spot in Belgium. Having performed headline spots at Tomorrowland, Let It Roll, SW4, Reading & Leeds, Printworks and Ultra Music Festival amongst many others, and toured across 6 continents with both a live show and his DJ production, few can match Netsky’s extensive and high-level touring schedule.