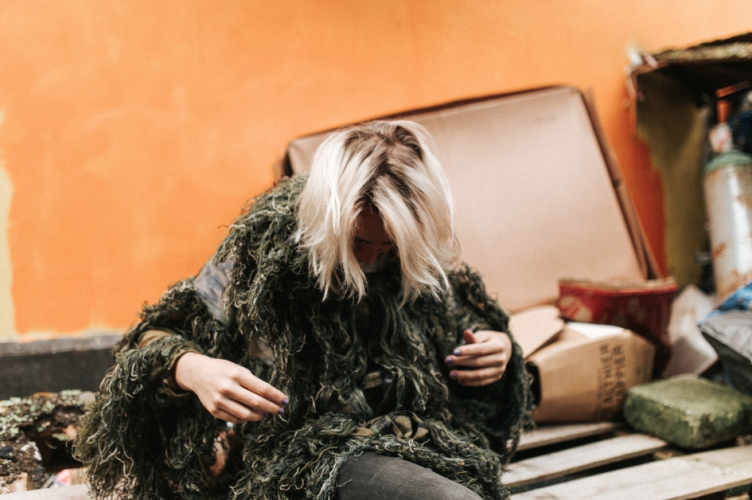 Cardiff musician MOGAN has shared their video for their second single ‘Hireth’, the single features on their EP Gutter, which released on the 24th of April 2020. The mix and mastering of ‘Hireth’ were done by Cardiff conductor Minas (Hana2k, Luke RV and Dead Method). So far, MOGAN has recieved support from Music Week, Reverbs and God Is In The TV Zine, and broadcasted on Walya’s Act Normal show for Noods Radio and Razorblade the Tape.

MOGAN has a love for exploring the underground music scene and supporting other artists linked to their sound. They have cited avant-garde acts like Bjork, Liars, Peaches, Dirty Beaches and  Broadcast as highly influential to their artistry. The ‘Hireth’ video was filmed by Patrick Bethell, who assisted MOGAN in capturing the character’s internal struggle and mental state, and the implications of your internal battle clashing with what the external world expects from you.

MOGAN adds their thoughts“The video for Hireth explores the parallels between passion and aggression of the male form. I’d initially wanted to remain off-screen for the video, but Jesus had other ideas and sent floods to Wales meaning our actors couldn’t make it. Luckily Patrick Bethell is a good friend of mine so didn’t mind getting close and personal! Some might say it was my plan all along…”