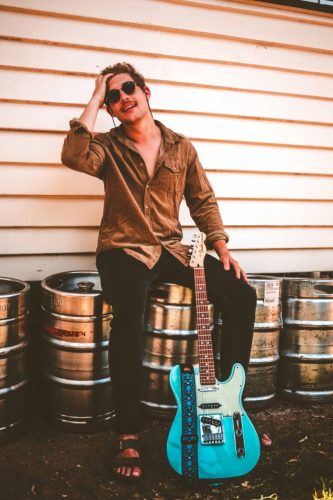 Andy Martin is an Australian indie-rock musician that is currently making waves with his latest single ‘Heat Of It All’, which is now accompanied by an official music video. The single premiered via the renowned CLOUT Magazine. Andy only began his solo career at the beginning of 2020, and has already seen a flood of support from radio station Triple J as well stream rate spiking over 80 000 streams with his previous singles.

Andy adds his thoughts on his latest single release, “Most of the songs I write come together in a matter of hours. ‘Heat of it All’ was not one of those. I actually wrote the hook/chorus for this around 3/4 years ago. I had been playing around with progressions and some of the verse lyrics. That is why I am so proud of this song. It shows how I have evolved as a songwriter of the last few years. If you want to dance, cry, laugh or hold somebody, this ones for you (so everyone!).”

Inspired by a varied range of musicians, including Sam Fender, John Mayer and beloved Australian musician Gretta Ray. Andy provides similar invigorating energy like his inspirations in the new single.