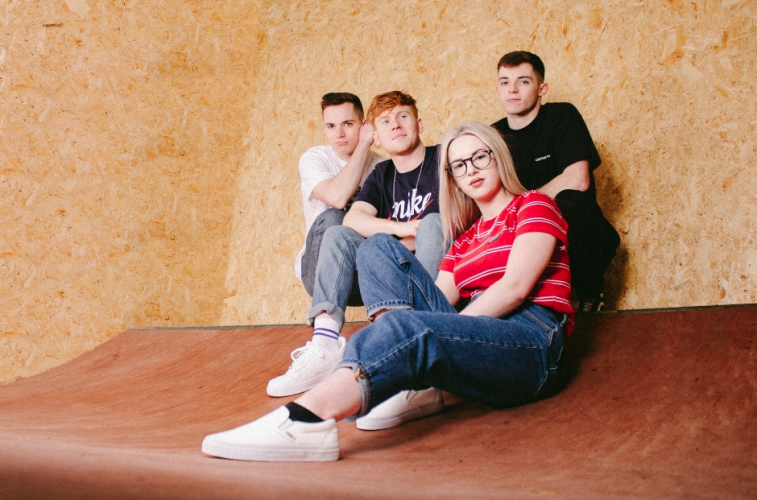 Four-piece indie rock group the Voodoo Bandits have just premiered their music video for their song ‘Empty Swimming Pools’ via Clash Magazine. They have been featured on Youtube channels to watch such as Fancy Melancholic and Sounds New Sounds Good. The group has a collective stream rate of 140 000 plays thus far. Their debut single was voted as track of the week on Indie Rocks Radio Manchester. Voodoo Bandits have also been included Idobi Radio’s “Anthm” playlist, as well as inclusion in Spotify’s ‘Hot New Bands’ Editorial Playlist. Their previous single ‘Ride The Wave’ premiered via XS Noize, and featured in Indie Central Music, Echoes and Dust, and Music Injection.

The entire group was born and raised in the Bee Gees neighborhood, the Isle of Man. Two members are still residing there, while two are studying at universities in Liverpool and Newcastle. The band consists of band members Ben Donaldson (Rhythm Guitar & Vocals), Corey Vaughan (Lead Guitar), Nathan Vaughan (Drums) and Charlotte Wilby (Bass). Voodoo Bandits have cited musical influences from Circa Waves and Hockey Dad for their energetic and warm atmosphere that they create with their music. Their music video captures the joyful atmosphere and energy of the band and pays homage to the 90’s skateboarding scene.

Voodoo Bandits explains the meaning behind the video, “We wanted to create a fun, easy-going, video that accompanied the vibe of the song. Expressing our personalities as a band; to us the song sounds like a skateboard on a half-pipe, if that makes any sense! So we went down to our local indoor skatepark, grabbed some B-roll of ourselves and some skaters and got jamming! To top it off we used some 90s video cam aesthetics to fit the theme.”