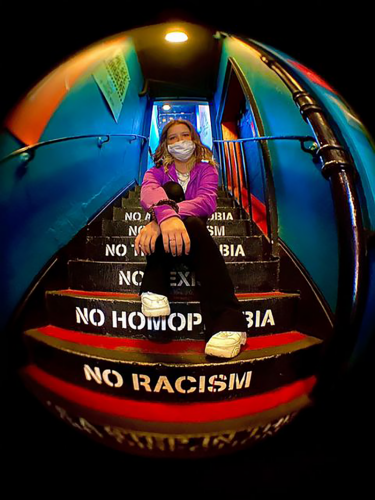 HOL (aka Hollie Findlay) is a singer, songwriter and producer. Born in Athens Greece in 2003, she grew up on the island of Kefalonia, Greece but split her early teens between UK and Greece. She has been singing since as early as she can remember and started performing at the young age of 14. She released her first EP in December 2018 and has since released a number of singles throughout 2019.

She has had support from BBC Introducing Lancashire, Sean McGinty and Radio X, John Kennedy and has on a number of occasion made the Fresh Faves of BBC 6 Musics Tom Robinson.

The journey of a young teen searching for themselves as they navigate the stresses and strains of life in the here and now. Growing through experiences in each chapter, they spread their wings and enter the adult world! Hol created this compilation of songs in the style of chapters almost like a book of life’s journey as a young person.