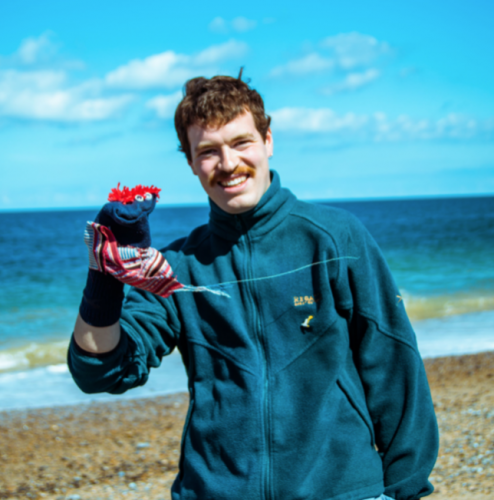 Jamie Clarke, AKA Sfven, is a 22 year old music producer from Derby who has already been receiving notable support early on in his career. His lo-fi debut EP ‘Like I Love U,’ which was released earlier this year, quickly caught the attention of BBC Radio 1’s Annie Mac and the station’s new music champion Jack Saunders. He has also received support from the likes of BBC Introducing, MTV, DIY Magazine, Clash, Dork, Notion and The Independent.

The second EP from Sfven, ‘The Honey EP’ is the producer’s most cohesive statement yet. Sonically, it draws heavily on the very same classic songwriters that Sfven remembers from his childhood, clashing timeless melody progressions and emotion-packed lyrics with breezy, forward thinking production.

“I just wanted to make something that you can boogie to, but also focus on lyrically.” says Sfven. “I think my favourite part has just been experimenting with new sounds, figuring out a direction and whether it sticks. This EP turned out feeling a lot more cohesive than the last one, even though I went a bit out of my comfort zone. Hopefully that comes through.”

Honey EP also includes previously released single ‘Saint’ as well as the upcoming focus track ‘Honey.’ Standing firm and holding on to who you really are is a recurring theme on ‘Honey.’ The official music video, which is set in Norfolk, follows a unique and romantic storyline of two sock puppets who fall in love at first sight and get married.

Hotly tipped by the likes of Dork and MTV, backed by Annie Mac and Jack Saunders, and currently hard at work on his debut album set for release next year, Sfven is a one-of-a-kind artist set to make some massive waves in the forthcoming future.