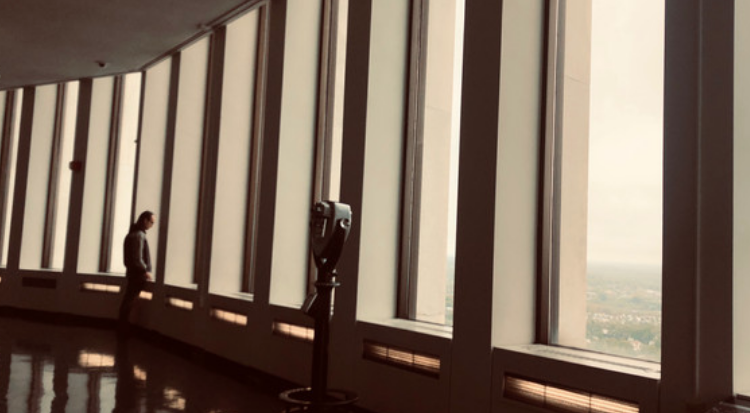 Condescending is set to drop his first release of the year, a mesmerising dual track project. It features a song who’s namesake is its creator, filled with resonating guitar patterns and haunting vocals. The focus track is ‘Kansas, the Band’, offering viscid strumming and breathy crooning, portraying a heavy sense of melancholy. The experimental melodies and eerie digital sounds on both tracks give this release a textured, atmospheric feeling without being overstated.

Speaking of his new single, Condescending says: “I think listeners would be surprised how many forms ‘Kansas, the Band’ has taken since its conception over two years ago. It was painstakingly overworked at least 3 times before being shelved for a year, being picked up again and put together in its final form in less than a week. The process is rarely short but it became challenging to get to the heart of this one.”

The time Condescending has taken to refine this release is audible, as it masters the fine balance between intricate and lucid. Previously dubbed as ‘provocative bedroom mid-fi’, this artist is veering off into a unique sonic lane, offering an unparalleled sound. His 2019 debut EP ‘Private Conversations in Public Spaces’ followed a sombre, introspective indie route not unlike his new release ‘Kansas, the Band’, although the latter is certainly more subdued, to great effect.

Condescending is the solo studio project of Free Creation Label producer WhatsHisName, who has worked with up-and-coming hip-hop prodigies such as Breon S.Y.N.D.E.L and Pook Hustle. Steering away from his quirky trap based productions for the label and his indie-rock leaning debut EP, Condescending is venturing into a hazy yet utterly captivating sonic realm and we can’t wait for the world to hear his new release.