Embrace summer with PRXZM and their new song 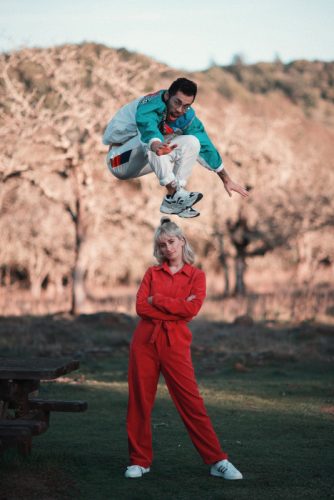 Sparkling synths and cascading electro-pop elements shine in PRXZM’s latest release ‘Slow Motion’. Comprised of Nick Ortega and Emma Maidenberg, who met during college in Indiana, the duo previously reached the Top Five songs on the US Viral 50 Spotify Chart with their original song, ‘Haze’. We think ‘Slow Motion’ is going to make equally big waves. Curios to know what we’re talking about? Check it out below.

Speaking of ‘Slow Motion‘, PRXZM tell us: “There is no question that this summer is one for the outdoors. “Slow Motion” is an ode to the Northern California beaches where it was written. The production is heavily influenced by the warm tones of cassette tapes and the iconic, synthesized drums from the 80s.”