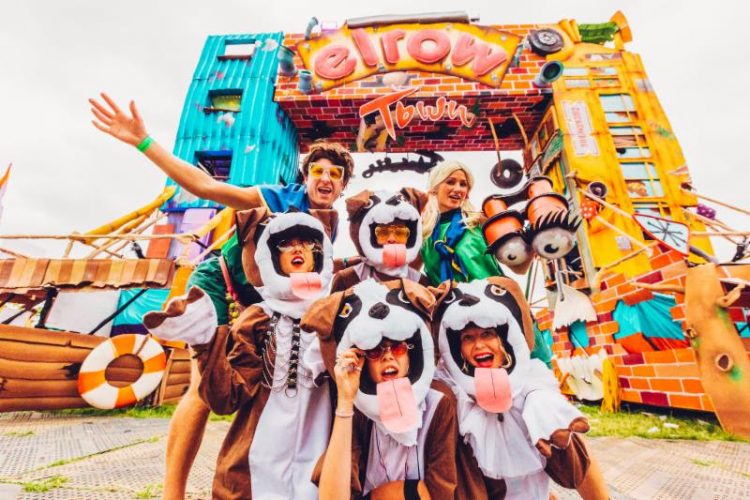 The first ever elrow Town Festival in the north of the UK, and elrow’s biggest Scotland show to date, touches down on Saturday 27th July 2019.

Nobody does festival season quite like elrow and, with it creeping ever closer, plans have been made for Scotland to get in on the party once again and it’s destined to be the biggest celebration yet. This time, elrow Town Festival will make a long awaited debut in the north of the UK for an entire day of delirious dancing, kooky characters and thrilling themes.

For one day only, an undisclosed location in Scotland will make space for its newest, most vibrant town and, as ever, everyone’s invited. With its exact home to be announced very soon, as well as iconic themes and world class DJs also locked in, be part of history and welcome an array of unique elrow townspeople to the north of the UK for the first time ever.

Want to be the first to find out details about elrow Town Scotland? Sign up at elrow’s website here: http://bit.ly/Scotlandweb

Or click ‘Get Started’ on the FB Messenger bot: http://bit.ly/ertfb

More information on elrow:
elrow is an award-winning experiential event concept and party series founded in 2010 by Cruz and Juan Arnau Lasierra; the sixth generation from a dynasty of entrepreneurs also responsible for creating Monegros Festival and legendary Club Florida 135 in Fraga, Spain. From their head-quarters in Barcelona, elrow have taken the world by storm with their unforgettable party style, pairing elaborate production, interactive performers and zany characters with the best electronic music, placing them as a global reference for circus inspired parties with tickets to the visual spectaculars usually selling out in minutes. A myriad of different themes and concepts makeup elrow’s zeitgeist with sub-brands including ‘Rowlympics’; their own take on the Olympic games, their Brazilian jungle carnival theme, ‘Sambodromo de Brasil’ and flag-ship theme ‘Singermorning‘.

With lauded residencies in Ibiza, Madrid, London and Amsterdam already in place, 2017 has seen a game-changing partnership with live entertainment platform, Providence–Superstruct, allowing elrow to push to new heights with a Shangai debut and a festival-scale event at the Queen Elizabeth Olympic Park in August.