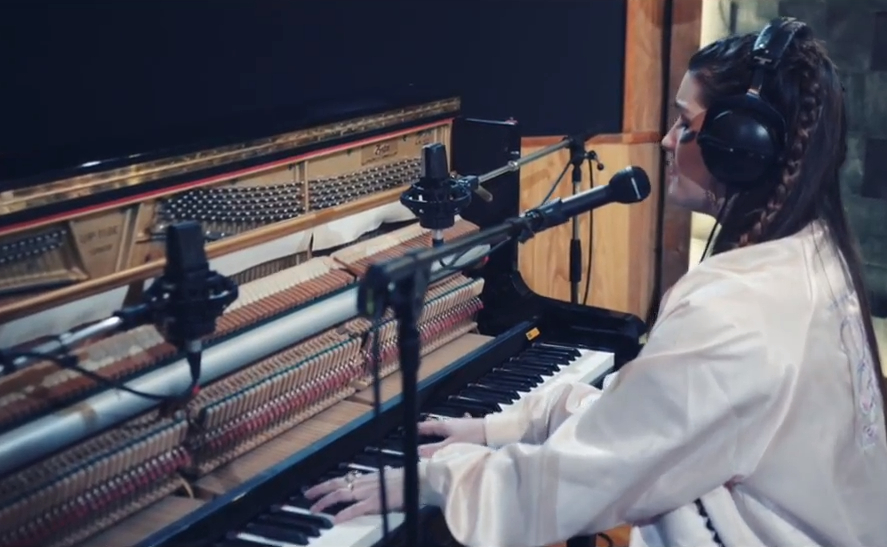 Multi-genre songstress, vocalist and producer Sôra reveals a live performance at Jafar Studios of their latest riveting single titled ‘Sakura’ released via Colligence Records as part of her upcoming and most ambitious release to date, Number One EP, out on 9th November.

Daughter of a British mother and a French father, Sôra devoted herself to music and arts since she was a child; playing the piano, singing and dancing. With her distinctive, powerful yet velvetine voice now in full flare, she then went on to perform on collaborations with different musicians and producers. Sôra is widely influenced by a wide array of genres, including jazz, rock, and soul and is now comfortably surrounded by her creative and productive teams; Colligence Records and Complice Music, where she takes up management, publishing and label affiliation duties.

In the live video, you see the duo perform their track ‘Sakura’ as the single-take camera floats between them, providing detailed shots of their instruments and gear. Towards the end, Sôra gets up and performs in the centre for the ‘rap’ section. It’s clear these two have great chemistry.

Speaking on the latest single – Sôra states, “While conceiving the instrumentals, a whole Japanese feeling came to mind, unexpectedly. Then I wrote the lyrics of this song that became more of a poem, an ode about life & death: a Sakura. It’s kind of the spiritual song of the EP and one the most eclectic! The song finishes with some rap, inspired by our beloved Kendrick.”