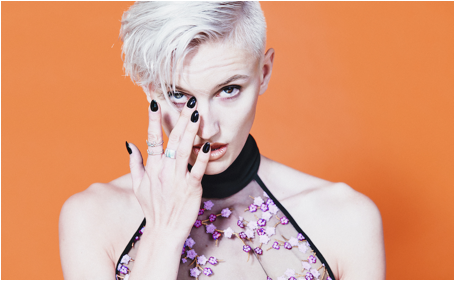 Stockholm-based artist FELIN is back with her latest single ‘LaLaLa’. With pop sensibilities and shades of garage-rock, the track is undeniably packed with attitude. Surrounding her is a creative power-house collective that have the combined experience of writing for the likes of Adam Lambert, and having visuals published in Interview Magazine and Harper’s Bazaar.
FELIN is back with a statement that’s bolder than ever. As the third single from her upcoming debut album, new track ‘LaLaLa’ follows on from dark and brooding ‘Woman With A Knife’ both sonically and thematically.
Exploring the themes of heartbreak and hurt, the track is skilful at portraying how we as human beings change when we’re experiencing emotional pain. To best describe FELIN, think Alison Mosshart mixed with a tiny dash of Elle King. Talking about her new single, FELIN tells us “LaLaLa is about being mistreated and hurt by someone and while you’re destroyed, they just go on with their life as if nothing has happened. That can make anyone go a little psycho, right? And even if you would never act on it, the villain in you secretly wishes for karma to bite back when they least expect it. The lyrics on the upcoming album are all pretty twisted, but in a playful way. Movies are a big inspiration of mine, so I wanted to create my own movie in the form of an album with a story about a dark and wild romance that ends in chaos”.
FELIN’s music is unapologetically cinematic, drawing from theatrical influences – the dark humor of Tarantino being one of note. Known for combining pop melodies and rock energy, FELIN has played the historic Rockpalast in Germany and supported The Chainsmokers last spring.
Follow Felin online