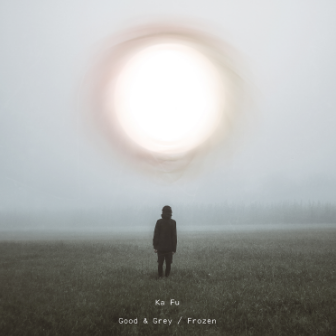 ‘Good & Grey’ comes ahead of Ka Fu’s unreleased album, Encoding: Master, which will be out in the beginning of October. Ahead of this, he has shared ‘Empty Days’ and ‘Where Everything’s Ours’.

Encoding: Master tracklist
01 Hypnotised
02 Opposites ft. Roubs
03 Frozen
04 Empty Days
05 Where Everything’s Ours
06 Opening Window With Sal
07 Good And Grey
08 Jim’s Annihilation
09 Meet You There
10 Being Normal
11 After All

Our personal favourite of the two tracks is the B-side release of ‘Frozen’ which displays  synthwave textures meeting dubstep. It’s a simple combination that Ka Fu manages to keep modern while paying homage to the beginning of dubstep.

“On ‘Frozen’, I used such a deep and raw synth for the breakdown of this track. I hope it will wake somebody up. Too many people are frozen in their mind boxes. It’s just a fact. When you meet a person who lives somebody else’s life, it means they’re frozen. Prepare to have a dull time together.” – Ka Fu shares how he continues to reject the social norms in return for continuous self-improvement.