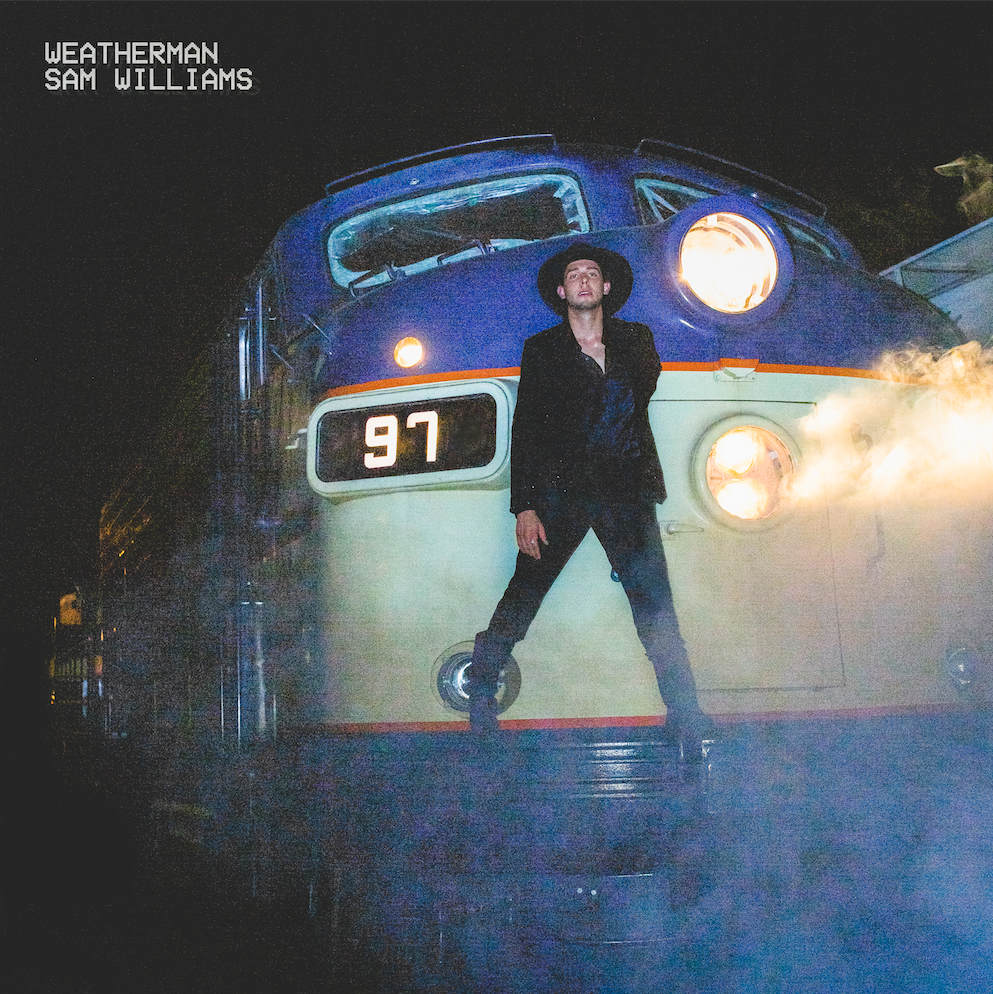 Nashville singer/songwriter Sam Williams has followed his debut London show at Shepherd’s Bush Empire on Wednesday with a cover of his iconic father Hank Williams Jr.’s 1981 hit ‘Weatherman’. Fans got an exclusive first listen when the song premiered yesterday with Forbes, who called it “a superb, soulful cover…”
Carrying “his family’s legacy forward with startling creativity”, (MusicRow), the tune presents a fresh take on an old favourite, and offers a glimpse into the evolution of the Williams family’s legacy in music.
“Putting my own creative twist on the record was really fun,” Williams told Forbes of his take on ‘Weatherman’. “I think people are going to be really surprised one day when they see where I take the legacy and how it has evolved over time. I won’t be recreating any of my family’s sounds because I have my own. And even that will change. Inside of me, there is another me. And inside of that me, there is another me.”
Williams is currently on Cam’s Oh, The Places We’ll Go! European tour, which kicked off with a stop on September 1st at Empire Music Hall in Belfast, Ireland, and will conclude with a performance on September 14th at Huxley’s Neue Welt in Berlin, Germany.
He released previous single, ‘Gemini’ on June 21st – the last day of Gemini season. Praised by many for his voice “exuding equal parts power and grace” (Rolling Stone) that seems to “rise from another spiritual plane”, (Sounds Like Nashville) the CMT “Must-See Indie You Need To Know” is poised to leave his own legacy on country music, unafraid to push his own creative limits and break through the self-inflicted limitations that threaten the genre as a whole.
Gemini’s are known for keeping others on their toes. Just like his father, Hank Williams, Jr., Blake Shelton, Prince, Paul McCartney, Boy George and more, the charismatic acts excel at almost anything they put their minds to. Inspired by ‘the new Nashville’ with artists like Margo Price, Tyler Childers, Ruston Kelly and more blurring genre lines, Williams feels it’s his time to share the art he’s been crafting in the studio. Influenced by artists from Billie Eilish to Dolly Parton, his sister Holly Williams to Drake, it’s easy to see why so many have been keeping an eye on him in anticipation of what’s to come.
UPCOMING TOUR DATES (supporting Cam’s Oh, The Places We’ll Go! tour)
September 6th – Manchester Academy 2 – Manchester, United Kingdom
September 9th – Melkweg OZ – Amsterdam, Netherlands
September 11th – Les Etoiles – Paris, France
September 13th – Die Fabrik – Hamburg, Germany
September 14th – Huxley’s Neue Welt – Berlin, Germany
Follows Sam Williams on
Facebook | Spotify | Apple Music | YouTube