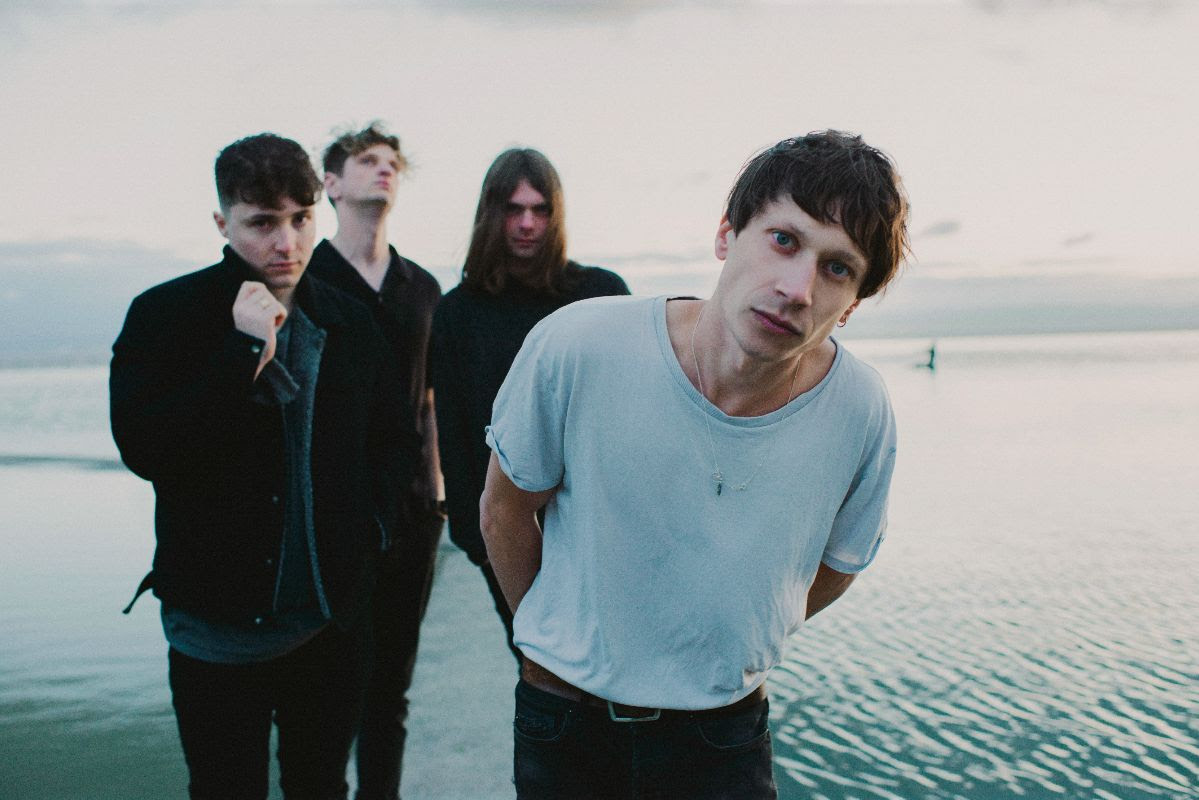 October Drift have shared their new single, ‘Losing My Touch’. The track is the first taste of their upcoming debut album, and the first release since signing to their new label, Physical Education Records.
An immersive wall of distortion envelopes the powerful fragility of frontman Kiran Roy’s vocals, while he paints a verbal landscape of introspection, despair and hope amid a sonic palette that evokes both the driving, spacious absorptivity of My Bloody Valentine and the poetic, visceral honesty of Nick Cave’s lyricism.
“It’s a song about trying to keep your head above the water,” says Kiran. “It was written at a time when everyone around me seemed to be moving on with their lives and I was stuck in the same place. It’s basically about the fears of getting older and underachieving, but trying not to let it get to you and even staying optimistic in spite of those fears”
‘Losing My Touch’ follows the band’s previous singles ‘All Broken Down’ and ‘Come And Find Me’, released to widespread acclaim last year. With influences as varied as The National, Radiohead, Interpol and Nick Drake, their heavy, pop-inflected rock is delivering a rejuvenating injection of fresh blood to the genre.
October Drift’s debut album, details of which will be revealed soon, is a cathartic collection of tracks encompassing themes of loneliness, fear and ultimate positivity, and builds on the solid foundation that they have built over years of touring and writing to cement themselves as an important and powerful new presence.
Physical Education’s Justin Lockey says of their signing; “October Drift are one of those bands… there’s maybe a handful at best in every generation of guitar bands. They’re the band who will put their entire soul into every show, every time. They’re the band that just go their own route regardless of what every fucker else is listening to, or name dropping that they’re listening to.
“An unashamed British guitar band who just do their own thing outside of whatever scene is cool at the moment. I fucking love bands who do that, which is why I made their record and wanted them on Phys Ed Recs. It seemed like the perfect place for this.”
One of the most electrifying, charismatic and formidable live acts of the past two years – with appearances at festivals including Glastonbury’s John Peel stage, Reading & Leeds and The Great Escape, as well as a major European tour with Editors in 2018 and a slot at Liverpool’s Sound City – the band look certain to ascend to even greater heights in 2019.
LIVE DATES 2019
26/07 – Y Not Festival, Pikehall
15/08 – Leadmill, Sheffield (w/ Broken Social Scene)
16/08 – Peakender Festival, Derbyshire
02/09 – Wilkestock Festival, Stevenage