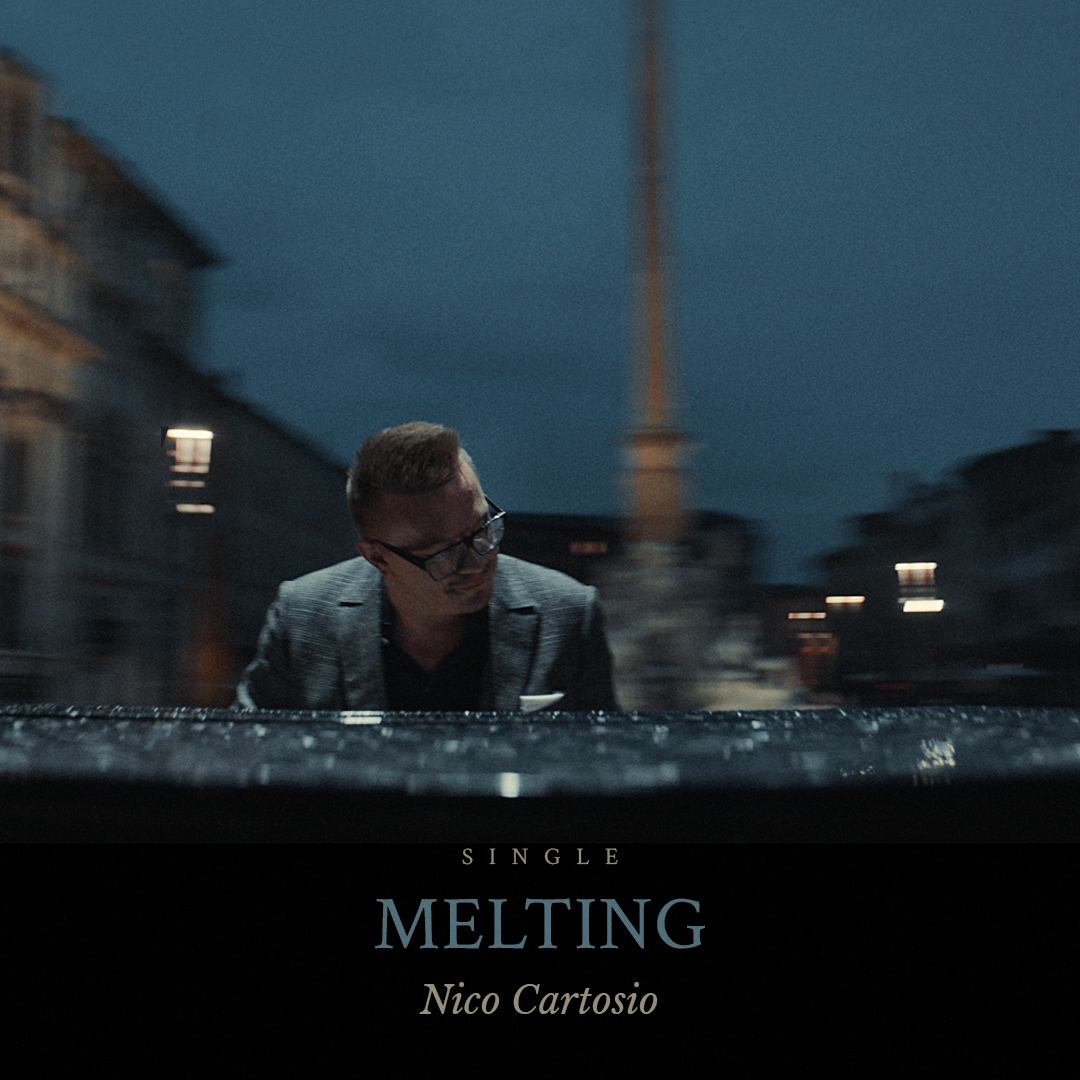 One year onto the scene and Nico Cartosio just seems to explode with mastery in every aspect of his art, from music to the visuals. For his highly anticipated album expected to drop sometime in 2019, Cartosio has independently released the new single and music video ‘Melting’ on 20 March. The album itself was recorded at the one and only Abby Road Studios in London and if that doesn’t give you goosebumps, then you fail as a music lover.
The man has been known to draw inspiration from people when it comes to composing. For him, each person has their own personal soundtrack. A sentiment he’s addressed by saying, “This piece is uplifting and enables the spirit to soar. If you’re listening to it while in a relationship, it can encourage feelings of love”.
This particular piece of music, as well as the video, was inspired by a chance encounter he had with a woman in Rome. The video features the man himself sat at a piano playing for the quiet night time city of Rome as he remembers the sambuca-spiked coffee drinking woman he met that day and went to the Pantheon with.
Visually, as per all Nico Cartosio videos, it is a stunning work of angle changes. With emphasis put in lighting as it changes from a warm hue to cold beams. Light beams which rouse a sleeping brunette from her slumber and lures her to find him as if he’s playing just for her. And he is. The two melt together in shared memory of the brief intimacy experienced that day in Rome.
Watch ‘Melting’ here.
Follow Nico Cartosio
Website – Facebook – Twitter – Soundcloud – Instagram – Youtube – Spotify