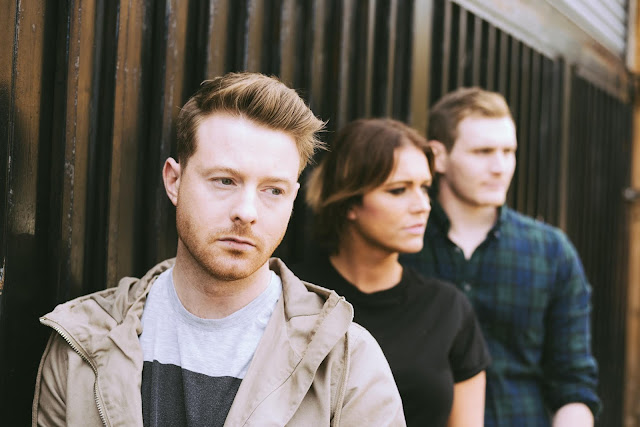 Everyone knows that feeling of having to part ways with a romantic partner, but you would still do anything for them – this is exactly what pop-rock trio CAEZAR deals with in their anticipated new track ‘Hold On’. The group explained that,“Just because you love someone, doesn’t mean it’s right. ‘Hold On’ was written out of the conflicted feelings of breaking up with someone who you still love.”
‘Hold On’ is the first single off of CAEZAR’s upcoming EP, which is a production that has an all-star credit list. The EP will be released via RG Records, with the guidance of Justin Broad, who has produced for massive successes such as Jessie J, Emeli Sandé, Izzy Bizu and Corinne Bailey Rae. All mastering for the EP was done by Stuart Hawkes, who has helped behind the scenes with top acts such as Amy Winehouse, Clean Bandit and Rudimental.
It’s strange to think that this incredible pop-rock outfit, who could be compared to the likes of Bastille and Imagine Dragons, came to be because the two founding members, Chris Quiqley and Rich Gills, were unable to continue their respective sporting careers. CAEZAR’s third member joined the band in 2017 and the trio have not looked back since, as they continue to hone their unique sound that combines live instrumentation with uplifting pop beats.
Listen to CAEZAR’s single ‘Hold On’ below.
CAEZER’s new EP will be released on 7 September 2018 via RG Records. See Hail!‘s tracklist below:
1. Waiting
2. Hold On
3. Somewhere New
4. Take Me There
Follow CAEZAR:
Website – Facebook – Twitter – SoundCloud –  YouTube – Instagram – Spotify