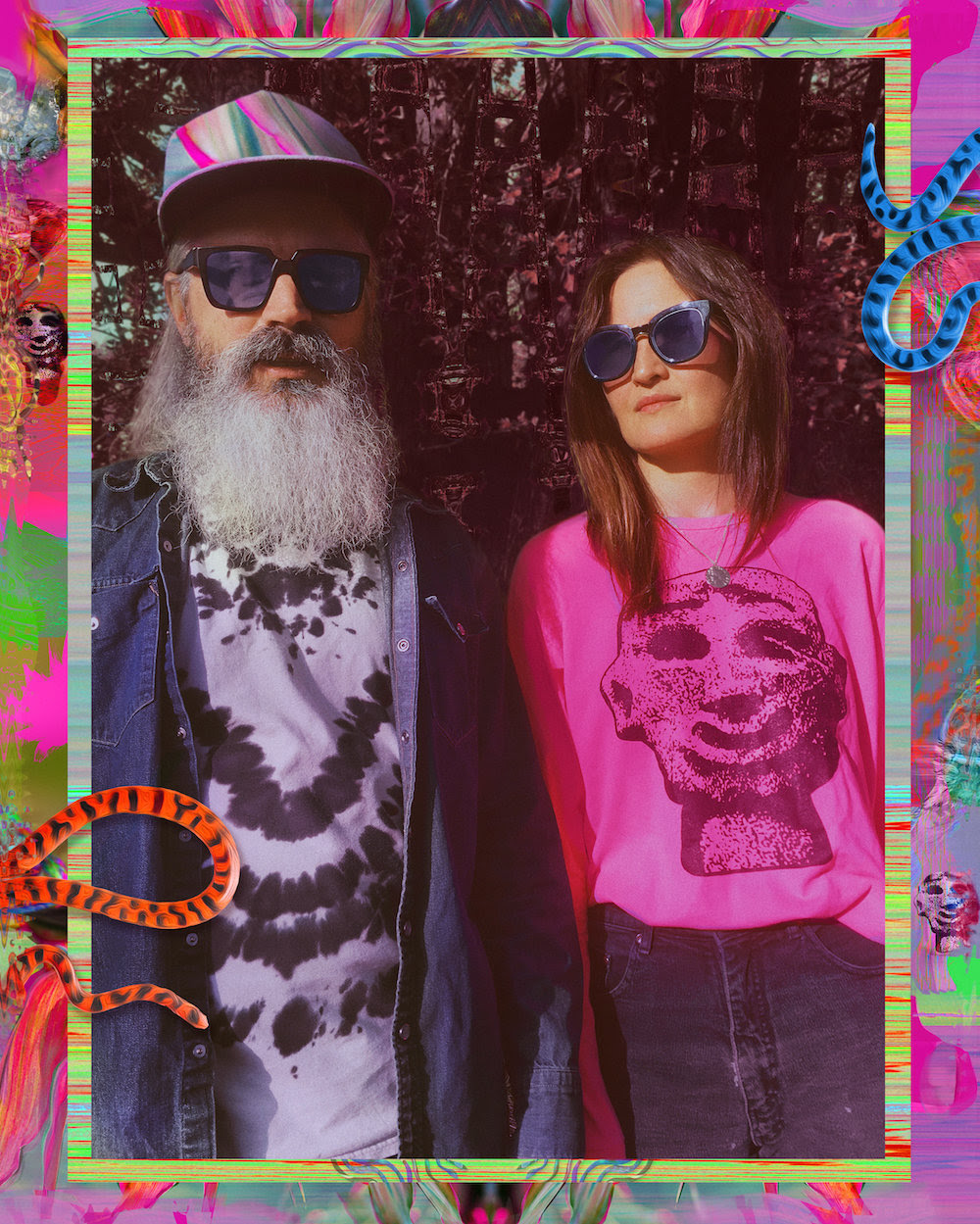 Moon Duo have shared the second single from forthcoming new album ‘Stars Are The Light’, which is set for release on September 27th via Sacred Bones ahead of Autumn UK tour dates.
The follow up to 2017’s two-part exploration into the transcendental, ‘Occult Architecture’, ‘Stars Are the Light’ is Portland-based psych explorers Sanae Yamada and Ripley Johnson’s luminous seventh album. It marks a progression into significantly new territory and sees them synthesize the abstract and metaphysical with the embodied and terrestrial. The album has a sonic physicality that is at once propulsive and undulating; it puts dance at the heart of an expansive nexus that connects the body to the stars.
New single “Lost Heads” shimmers with an aura that hints at The Haçienda, perhaps inspired by their recent Samarbeta residency in Salford, and makes for a laid-back, airy and distinctly Moon Duo take on 90s rave.
The band’s Sanae Yamada comments: “We have changed, the nature of our collaboration has changed, the world has changed, and we wanted the new music to reflect that.”
These are songs about embodied human experience — love, change, misunderstanding, internal struggle, joy, misery, alienation, discord, harmony, celebration — rendered as a kind of dance of the self, both in relation to other-selves and to the eternal dance of the cosmos.
Follow Moon duo:
Facebook | Twitter | Website