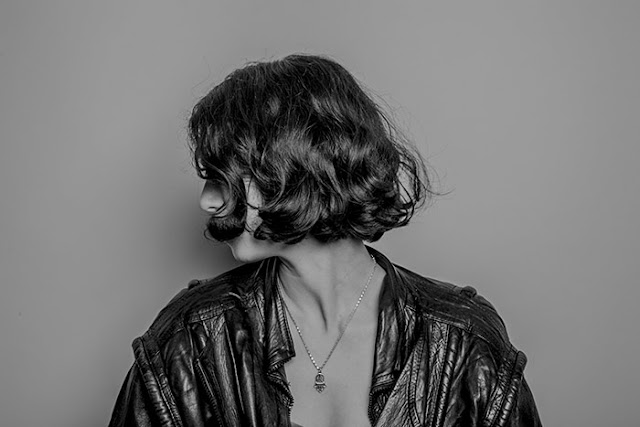 One of the most vital debuts of last year was the self-titled album from Kelly Lee Owens – a pristine opus of an album which was hauntingly evocative as it was thrillingly propulsive. It heralded the arrival of a singular new talent, with everyone from the Guardian and Mixmag to Vogue and Pitchfork all voting it as one of the albums of 2017.
Now, in the midst of a run of US live dates, Owens is announcing her biggest London show to date, with a gig at Village Underground in November – something that should prove an unmissable event. Also, in the wake of a run of incredible remixes for St Vincent, Jenny Hval and more, Owens has just remixed one of her all-time heroes, Björk, with an incredible rework of her track ‘Arisen My Senses‘ appearing on “slug genitalia” coloured vinyl alongside the likes of Jlin and Lanark Artefax.
Of the remix, Owens says, “I felt a standard techno // dance remix wouldn’t do all the juiciness of the track // stems justice .. this is one of the first times I used almost only the parts from the original artist, as they were too good not too!! I wanted to TRY to extract EVEN MORE joy ( if it’s poss) out of the sounds than when I first heard them – which is why the final “chorus” is so bright & shiny !! – full crescendo !!””
Björk says, “I am floored that there are musicians curious enough to take my music on: couldn’t be more excited about watching those in the coming years”
Stream Kelly Lee Owen’s remix of Björk’s ‘Arisen My Senses’ below –
UPCOMING LIVE DATES:
Remaining US tour dates:
March 27th – Miami, FL @ Floyd Miami
March 29th – Seattle, WA @ Kremwerk
March 30th – San Francisco, CA @ Great Northern
March 31st – Los Angeles, CA @ The Sanctuary at Pico Union
April 1st – San Diego, CA @ Soda Bar
Summer festival dates:
May 2 – 3rd   – Leuven,  &and Festival
May 26th – Paris,  Villette Sonique
June 8th – Madrid,  Paraiso Festival
June 30th – July 7th– Denmark, Roskilde Festival
July 6th – Hertfordshire,  Farr Festival
August 15 – 18th – Kiewit,  Pukklepop
August 16th – 19th – Wales,  Green Man
Headline London show:
November 15th – London,  Village Underground
Tickets are available here
For more information follow Kelly Lee Owens on Facebook