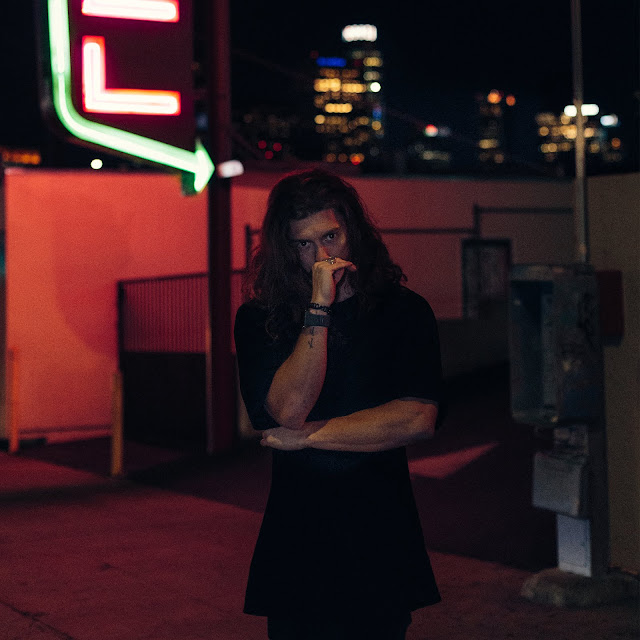 With no Label or Management, Jacob Lee is in a league of his own. Primarily a Singer/Songwriter, at 23, Jacob has embraced the role of entrepreneur, surpassing 20 Million Spotify streams with just 11 songs released. Known for his meaningful, emotive lyricism, powerful melodies & mesmerising live show, Jacob is one of the only independent, Australian Artists to achieve features on numerous Spotify Official Playlists, esteemed YouTube Blogs & Commercial Radio. Supporting the likes of Billy Gibbons (ZZ-Top), Jamie Lawson, Justice Crew, Uncle Jed & Foreign Figures, Jacob has independently toured throughout the U.K, Europe, USA & Australia multiple times. He will be slowly leaking his debut Album ‘Philosophy’ over the course of 2018 whilst he writes & records his second record, ‘Prophecy’.

We got together with Jacob for an interview:

Hi there, how are you and what are you up to today?
I’m fantastic, I write this mid-way through a 10 hour drive to Arizona, on our way to one of my final shows here in the States. It’s currently snowing & my Australian body is unprepared. But how are you?

To those not familiar with you, how would you describe your sound?
When asked this question I generally resort to ‘Alternative Pop Music’… Although, if I’m to be honest with you, I wouldn’t say I have a particular sound. My way of songwriting is more concentrated in conveying a particular message or emotion, which results in each track having it’s own unique atmosphere & aura. I personally feel as though chasing genre is somewhat restrictive as it doesn’t allow your thoughts to explore your subconscious & otherwise. My aim in releasing original music is to bring forth emotions people may not have felt before, which makes it a little difficult to describe my exact sound… But, in a sentence, I’d say it’s definitely lyrically driven, consumed by the desire to be purposeful.

What are the 5 albums and artists that have influenced you the most?
That’s actually a tough question for me… From about 14 years-old, believe it or not, I found myself inspired by heavy metal music. I noticed that artists within that genre never screamed, sung or spoke about anything trivial, it was always so emotional & deliberate. I’m also inspired by Alan Watts, a Philosopher who passed in 1973. His private class teachings, which were leaked online before I was born, have always encouraged & reinforced deeper thought for me. As strange as it may sound, I’ve never really had a specific album speak to me in such a way, I’ve found that individual songs are personally the catalyst to providing those feelings. My true, bottomless source of inspiration is drawn from my parents & my older brother, though if I were to mention 5 albums that have intrigued me, I’d say, Logic’s ‘Everybody’, BMTH’s ‘Suicide Season’, Ed Sheeran’s ‘Multiply’, Jaden Smith’s ‘SYRE’ & any of the three NF albums. They’re all phenomenal.

What other artists do you really like at the moment and why?
The Artists mentioned above are my most recent obsessions, however I adore the consistency & quality of Drake… An Australian band called Lime Cordiale is providing me the good vibes, Foreign Figures from Utah are releasing tune after tune, Northlane & Underoath are always at the top of my list for their unique ambience & lyrics. The Weeknd’s ‘My Dear Melancholy’ is actually fantastic, Alina Baraz is by no shred of doubt an angel & J. Cole literally just released a new album, KOD, which is a true work of art.

What are some of the key pieces of gear you use to write your tracks in the studio? Or do you prefer to use software and plug ins?
Every song you’ve ever heard from me has been written on an acoustic. Some of the more recent tracks like ‘I Just Know’, Demons’, ‘So Wrong’ & ‘Black Sheep’ implemented my RC-300 loop station, which provides an entire new level of creativity & experimentation. I usually write alone, & when I say alone, I mean completely isolated. My best music is born in areas shut off from the outside world, where I consciously know no one is even in the vicinity of hearing me. I am unsure whether this is a common trait for a writer, I just know that I feel more connected to myself & any higher power, vibration or subconscious thought that way.

Has your arsenal of equipment changed much since you first started?
I grew up playing a right-handed acoustic upside-down, which was then restrung to be left-handed. My father purchased me a basic lefty Takamine, which I thought was the best guitar on earth until I saved enough to buy my own custom Cole Clark. Since then, I’ve been collecting hardware for a pretty extensive pedal board, which I travel with throughout Australia & tour overseas. My most recent addition is a live playback rig running Ableton, which my producer, Matt Bartlem helped me construct. For a while I was interested in incorporating an SPD-SX into my live set-up, but I think that desire has faded.

Do you enjoy playing to an audience or working in the studio?
I adore performing to an actual crowd. The energy & ability to change lives in those moments are everything to me. I’m yet to find that feeling in any other aspect of my life.

If we gave you the budget to put a line-up together for a mini fest, who would you book and where would you play?
Without a doubt I’d book the Red Rocks Amphitheatre in Colorado, that venue is just a whole new level of beautiful. I saw Imagine Dragons perform at Loveloud Festival in Utah last year & their live show absolutely blew me away, so, I’d choose Imagine Dragons, Chance the Rapper, Foreign Figures, Ed Sheeran, Francis & the Lights & Dirty Loops. I’d then organise a seperate stage for those that love Crystal Lake, Underoath, Parkway Drive, Blessthefall & Bring me the Horizon.

If you weren’t a musician what would you be?
I’d chase my other passions to an even further extent. I want to be an established author & I am obsessed with fitness & health. I’m a Personal Trainer back home, as well as a first degree black belt in Tae-Kwon-Do. So, I guess I’d pursue those passions to an even deeper level.

Do you have any information regarding upcoming releases, projects, DJ mixes or collaborations in the pipeline that you would like to tell us about?
I’m releasing a track every month throughout 2018. 4 tracks from my debut album ‘Philosophy’ are already released, with 6 to come. Shortly after, I’m planning on releasing all songs tracked acoustic for those who prefer my ‘Philosophical Sessions’. Music Video’s & Lyric Video’s are always in abundance & I’ll be filming more of them as soon as I arrive back in Australia, May 5th. I’m writing a book & have almost finished writing album no. 2, which I’ll start tracking later this year… Also, I’d love to visit the USA one more time, Europe & potentially Brazil before the year comes to a close. I know, very ambitious, but I have faith.

Sounds great! Many thanks for taking your time to conduct this interview with us and for sharing your handsome good-resonating tunes with us. All the best for your music infused future!