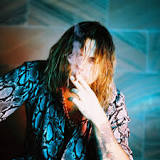 The trajectory to become an artist isn’t always simple. Someone who knows this better than most is Billy Blond, who unleashes new single ‘Glow Up’ today.
With an unmistakable vocal and music that drips with vivid imagery and an almost palpable sense of honesty, Billy’s journey to artistic fulfilment has seen him traverse struggles, successes and setbacks. It’s a journey that’s compounded by his talent, both as a vocalist and confessional songwriter, but also by his inherent strength. And now Billy is ready to share his story, and strength, with the world.
The result of Billy’s creative and mental rejuvenation make up the songs on his debut EP, also titled Glow Up. While tackling his past trauma, his insecurities and the tough journey of feeling like you’re losing your dream, each song maintains an element of optimism.
After releasing ‘Once Upon A High’ and ‘The Feels’ organically online, the EP’s title track is the foundation of Billy’s artistic rebirth. Like a personal clarion call, the song’s chorus is the sound of someone finally fulfilling their artistic potential and shouting it from the rooftops. It’s a song that not only embodies the journey Billy has been on, but also where he came from. It’s also where he acknowledges truths that, up until now, had been absent from his music: his sexuality.
On the single, Billy explains “I had been depressed, broke, hating myself and drinking too much for too long. I’m a strong believer that life imitates art so I wanted to write a song about the hard times but spin it to something positive – Love bringing you back. Whether that’s self-love, pure friendship or a romantic relationship.”
Billy Blond isn’t afraid or ashamed of his past. In fact, he acknowledges that it’s made him the artist – and person – he is today. Without the lows, there wouldn’t be the high he’s riding right now.
With the perspective he has from his past, he’s able to approach the future with positivity and an understanding that his music should empower. It’s what makes the Glow Up EP so vibrant and alive. Like all good art, it reminds us what it means to be human, with all our scars.
Billy maintains all the key qualities of a star in the making: unprecedented, with a dynamic presence that commands immediate attention. With each release revealing another layer, he chooses to take the long way around, crafting new music entirely on his own terms.