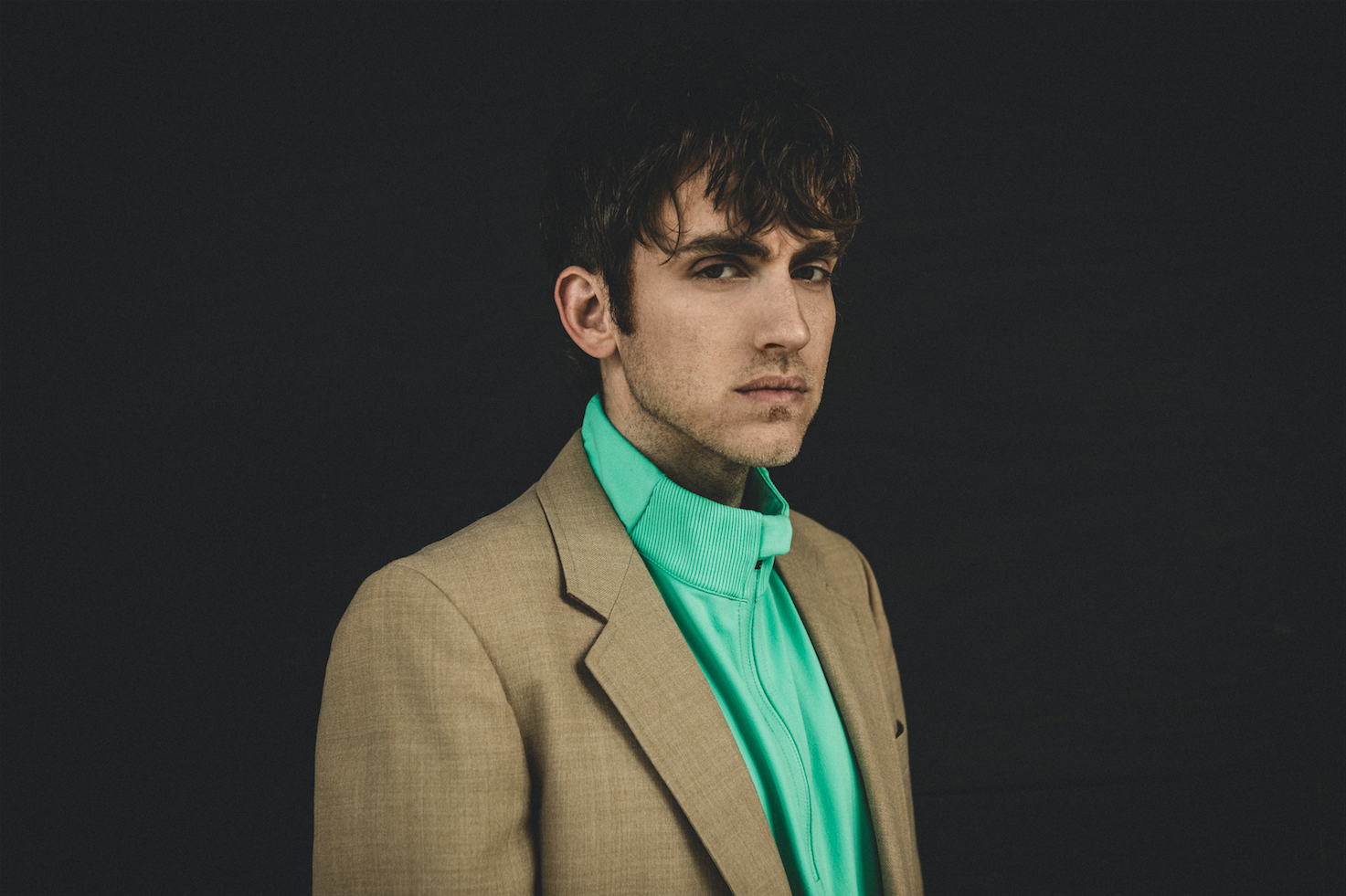 Andrew Combs is set to release his new album, Ideal Man, on September 20th via New West Records. The 11-song set was produced by Sam Cohen (Kevin Morby, Benjamin Booker). Captured live in Cohen’s Brooklyn studio, Ideal Man also features Combs’ long-time collaborators, drummer Dom Billet and guitarist/keyboardist/bassist Jerry Bernhardt.
Last week, Brooklyn Vegan premiered his new single, ‘Born Without A Clue’. Combs says,“This is a tune I wrote the day after Tom Petty passed away. I was thinking about his catalogue of songs, and how simple and straight from the heart they were – no fluff. It seemed like he ignored the nuisance of blowing something out of proportion just for the glitz and the glam. It hit me how important that outlook was in life.”
The songwriting for Ideal Man was partly inspired by Comb’s recent fascination with painting. He started painting when his wife was pregnant (they welcomed a daughter in 2017). “It really changed the way that I write songs,” he reflects. “When I paint, I might start with a very abstract idea or maybe even just a feeling, but from there I’ll paint and scrape and paint and erase and keep on painting until something starts to take shape. I just let nature play out.”
Enamoured with the fresh creative avenues that painting opened up for him, Combsapplied the same approach to his music, beginning songs with an emotion rather than a concept and treating lyrical and melodic ideas as raw material that could be added to or layered over at any point. When he heard the finished recordings, the songs in turn suggested entire canvases in his mind, and Combs began work on a series of oil paintings designed to accompany each track on the album. He plans on presenting the album and the paintings together in a gallery show surrounding the album release.
Ideal Man will be available across digital retailers, on Compact Disc, Standard Black Vinyl, Lavender Marbled Vinyl limited to 500 copies available at Independent Retailers, and Turquoise Marbled Vinyl limited to 300 copies available for pre-order NOW via New West Records.
IDEAL MAN TRACK LIST
1. Stars Of Longing
2. Ideal Man
3. Like A Feather
4. Save Somebody Else
5. Hide And Seek
6. Dry Eyes
7. Firestarter
8. Shipwreck Man
9. Born Without A Clue
10. The Stone
11. Golden
EUROPEAN TOUR 2019
27/11 – Rock & Blues Café, Zaragoza, ES
28/11 – Sala Siroco, Madrid, ES
29/11 – Riquela Club, Santiago, ES
01/12 – Kafe Antzokia-Kutxa Beltza, Bilbao, ES
02/12 – Cine Groucho, Santander, ES
04/12 – St Lawrence’s Church, Biddulph, UK
05/12 – Pleasance Cabaret Bar, Edinburgh, UK
06/12 – CCA, Glasgow, UK
07/12 – Cleeres, Kilkenny, IE
08/12 – Lost Lane, Dublin, IE
09/12 – Louisiana, Bristol, UK
10/12 – The Lexington, London, UK
11/12 – TivoliVredenburg, Utrecht, NL
12/12 – Café de Amer, Amen, NL
13/12 – Stille Nacht, Rotterdam, NL
Social Media