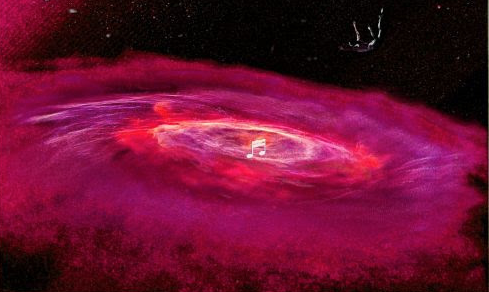 When talking about the track David Kleiser says, “Sarah Brunning sings with me on this song. We have been very close friends since high school, and this has always been our song. I can still remember how excited she was to show it to me, and how we both sat and took it in; how Chi Fukami had just hit the nail on the goddamn head, and how sad-and-then-safe she made us feel in her honesty and vulnerability. I wanted to reinterpret this Go! Team original as a remind myself and Sarah of the brilliant (as in radiant) truth behind Chi’s message: Fear is real and cannot be ignored, BUT it can be corralled and harnessed if you have your shit together and insist on going wherever yourself takes you. Thats why I think this song is here anyway.

The video was filmed by Airick Woodhed of Doldrums, another dear and long time friend of both Sarah and I. It was shot on 16mm film in High Park, Toronto- which is where I “grew up”

Crying High’s debut album ♬ will be out 4/22 on Arbutus Records.

Kleiser started bringing Crying High to life on the road in 2017 while opening for and playing guitar with Doldrums in Europe. Although Crying High is a new project, Kleiser has been producing weirdo bedroom pop albums for 11 years with The Walls are Blonde (as well as comic books and hand built art toys with ORG), in addition to creating Album art and Music videos for a host of amazing MTL and TO bands. By 2014, while greyhounding between Toronto and Montréal for shows Kleiser and friends began The Rotating Cassette Carrousel project, an ongoing mixtape compilation of demos and home recordings from across Canada. From this, Kleiser began crafting a new and more theatrical solo act that would ultimately become the ‘Karaoke’eko’ cassette, then ‘The Story of Pop Music’, and finally, after learning from and improving upon each of its proto-forms…. CRYING HIGH.
Crying High is vapornoir from Montreal: disco and ebm slowed down beyond dance utility and used as the framework to support late night phone confessional vocals that sing heartbreak, joy, catharsis, pleas and attitudes of gratitudes. On-stage, Kleiser evokes Andy Kauffman’s Hawaiian singer, or coo’s like a delay-and-sweat soaked Slim Whitman; A cheap Angel Olsen halloween costume: A yawn is a silent scream. The voice as Analogue VR: Part banshee on Earth and part Bowie in the bardo. Crying Highs music, lyrics and dancing combine to carry its audience thru a dynamic spectrum of emotion and character: screaming every high, milking every low. Serious face. Happy face! It takes only minutes for an audience to realize that Kleiser is watching each performance along with them.

Crying High is the new project from Toronto born multimedia artist and psychedelic crooner, D Kleiser. A new album of 12 songs will be released internationally by Arbutus Records on April 22nd, 2019. The album is called ♬ . You can call it “Music” if that’s easier. It was produced in Montreal by D Kleiser, and is a wonderful introduction to the proud world of Kleisonia, and all the artifacts of its inward adventures.

Kleiser utilizes the raw power of garage band to produce midi-karaoke versions of AM radio hits from deep within the youtube-algorithmic pata-verse. Largely recorded in bed or at the kitchen table, recruiting whichever friends were proximate to sing into that little-built-in-mic-on-everyones-earbuds. Elements of the album (see: trumpet sections, songs about cats/dead friends) belay Kleiser’s desperate affinity for an era when Airplane Over The Sea was the thing, but this music is truly a direct product of its time. Here, Crying High broadcasts little alternative pop pata-communications into the void in an attempt to forgive it. 斤 could not have been made in any other temporal elsewhere. Sifting thru the mp3 junkyard of 20th-century pop culture to cobble together something pretty. A personal exercise in Memehommage-as-Shadow Work, 斤 comes complete with a solid and timeless moral, simply put: learn to love yourself or you’ll die.