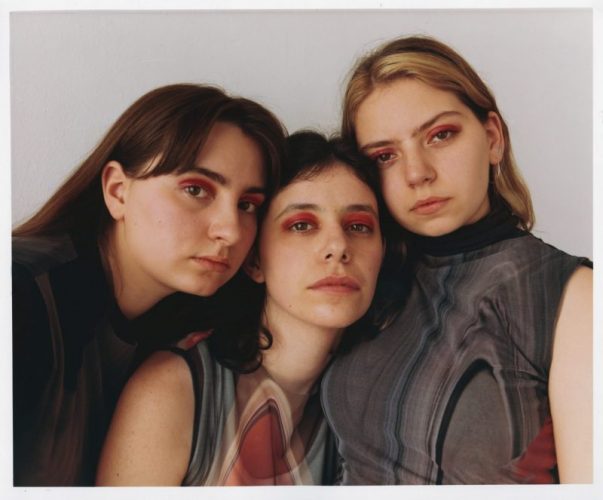 Catalan trio MOURN share a new video for their track, “Gather, Really” from their new album, Self Worth out now via Captured Tracks.

On “Gather, Really” they sing with an unflinching urgency and vital courage that becomes a magical, chemical act, once again proving that music as an outburst is part of MOURN‘s nature.

The Alex Fernández directed video takes on the aesthetic of a jazzy espionage show set in the 60s, a black and white clip shot in the hills of their hometowns just outside of Barcelona that revolves around an unwelcome mystery concealed in a briefcase.

The band further explain, “Gather, Really describes the feeling of being connected with your mates through sharing experiences, discussing the world and having the feeling of community while having some drinks. Letting everything that anguishes you go and enjoying the company of your chosen family. Coming to conclusions all together, dealing with problems and healing while talking. We wanted for the music video to represent that gathering but this time we acted as thieves from an old black and white movie.”